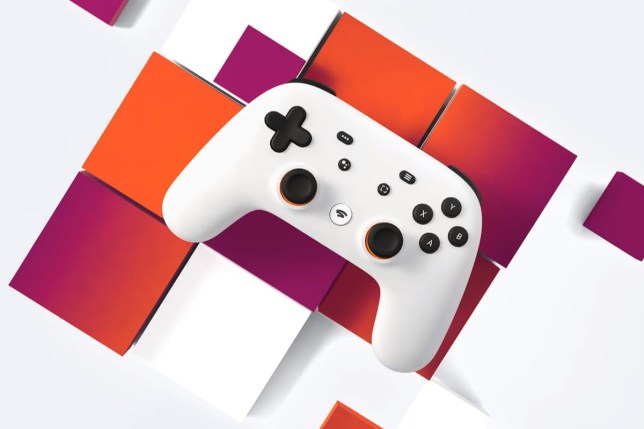 The Stadia dream has taken a major knock (pic: Google)

Video game streaming service Stadia has suffered a massive downgrade in its ambitions, as 150 staff are impacted – including Jade Raymond.

Stadia has barely been running for a year and already Google has abandoned the idea of making its own first party games, and while the service will continue the technology is also being offered up for other companies to buy and use.

This means the closure of Stadia’s two studios in Montreal and Los Angeles; Google claim that they will try and find jobs for the 150 staff elsewhere in the company, but former Assassin’s Creed producer Jade Raymond has already left Google entirely.

Neither studio had produced any major games yet but were staffed by a number of experienced developers and were tasked with taking full advantage of the streaming tech.

The news was announced by former Sony and Microsoft exec Phil Harrison in a new blog, where he said, ‘Creating best-in-class games from the ground up takes many years and significant investment, and the cost is going up exponentially’.

‘Given our focus on building on the proven technology of Stadia as well as deepening our business partnerships, we’ve decided that we will not be investing further in bringing exclusive content from our internal development team SG&E, beyond any near-term planned games.’

Clearly Google could afford to run a hundred game development studios if it wanted to, without needing them to churn out a single hit, but Harrison indicates that while Stadia will continue its future involves selling the underlying streaming technology to other companies – although which companies is unclear as Microsoft already has its own tech, which Sony has already signed on to use.

‘We see an important opportunity to work with partners seeking a gaming solution all built on Stadia’s advanced technical infrastructure and platform tools’, said Harrison. ‘We believe this is the best path to building Stadia into a long-term, sustainable business that helps grow the industry.’

The Verge suggests that Cyberpunk 2077 on Stadia, which runs considerably better than the last gen console versions, may have been viewed as a cut-off point by Google and when it didn’t create any major demand for Stadia new plans were put into motion.

Although Stadia’s change in direction will give ordinary publishers easier access to high quality streaming tech it is unlikely that many of Stadia’s more advanced features will ever see the light of day.

Before launch Stadia promised games that would only be possible using streaming, since they used multiple cloud servers to leverage far greater power than a single console or PC.

Given how much this would tie a publisher down to only using Google, not to mention the costs involved, that’s unlikely to happen in the short term – which may end up giving Microsoft yet another advantage.

Frank Lampard ‘was among a group of Chelsea players who rang up media to get Villas-Boas SACKED’, Gary Neville claims