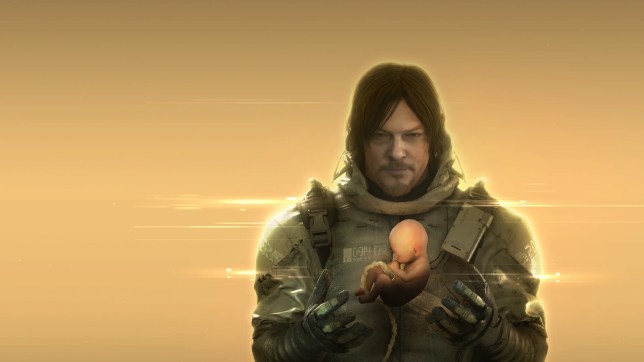 Described as a Death Stranding follow-up, the cancelled project may have found new life with Microsoft (pic: Kojima Productions)

A new report backs up claims of Google cancelling a Stadia game by Hideo Kojima, because it thought there was no market for single-player.

Last year, it was suggested that Google had scored a Stadia exclusive game from Hideo Kojima, the revered director of the Metal Gear Solid games and Death Stranding, only to then cancel it.

In the wake of Google’s announcement, that it will be shutting down Stadia, a second report has now not only corroborated the original story but shared more details on the cancelled game.

It was intended to be a follow-up to Death Stranding and so a wholly single-player experience, although apparently that is what led to its cancellation.

Supposedly, Google had a strong case of EA-itis and figured that there wasn’t a market for single-player experiences. So, after seeing some mock-ups during early development in 2020, Stadia’s general manager – ex-PlayStation figurehead Phil Harrison – made the final call to cancel it, which matches with what the original report said.

Admittedly, Death Stranding did feature online multiplayer elements where you could find supplies and structures left behind by other players, but that was a fairly minor part of the game.

You also have to wonder what Google was expecting when Kojima is best known for crafting linear single-player experiences, as evidenced by his work on Metal Gear Solid.

9to5Google’s source corroborated another detail from the original report, which is that the project was an episodic horror game. Which is odd, as Death Stranding has few horror elements.

Although there may have been some confusion with the reporting and the game is a follow-up to Death Stranding only in the fact that it’s the next game after it.

Said report added that Google cancelled another project involving Shenmue creator Yu Suzuki, but Google itself, in a statement to GamesRadar at the time, denied everything. It even called the initial report ‘inaccurate.’

Kojima was reportedly excited to work with cloud technology for Stadia, but he’s found another opportunity with Microsoft, with his next game to be an Xbox exclusive.

While he’s keeping mum about it, the Xbox game is said to be a horror game called Overdose. In fact, it may be the very project that Google cancelled.

There’s also Death Stranding 2, but there’s even less information on that. Kojima himself hasn’t really talked about it, with actor Norman Reedus (who played the first game’s protagonist) being the one to say development has started.