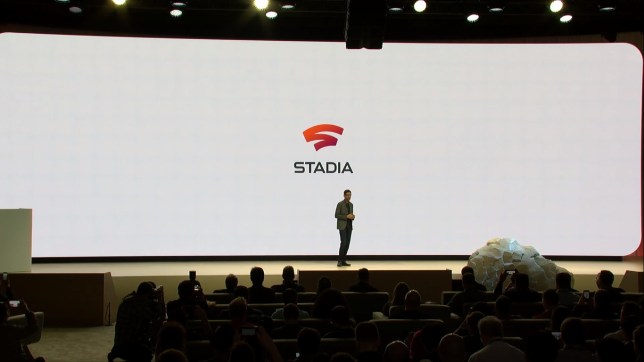 This couldn’t have been a snap decision yet devs working on Stadia games were as in the dark as the rest of us pic: Google)

While most of the Internet points and laughs at Stadia’s demise, game developers are left confused and upset at the sudden news.

It’s easy to treat the shutdown of Google Stadia as a predictable outcome. Many will even proudly proclaim that they knew it’d be short-lived since it released.

However, there is a certain group of people (aside from Stadia’s core audience) that have truly been blindsided by Google’s decision, and that’s the developers who were making games for the streaming platform.

Since Google gave up on making its own Stadia exclusives last year, it needed third party developers to create Stadia versions of their games. With Stadia itself to become no more by the end of January, those who had Stadia games planned for release in the coming months have been left in the lurch.

Tom Vian of SFB Games says that his studio’s point ‘n’ click game Tangle Tower was scheduled to release on Stadia this very week. Yet he didn’t learn about Stadia’s closure until news stories about it popped up.

Near enough the same thing happened to Olde Sküül CEO Rebecca Heineman, who says her studio had a Stadia release planned for November 1.

We have a title coming out November 1st. Now we hear about this.

The Twitter account for W.R.K.S Games adds that they had signed a publishing agreement only last week. Although they believe that Stadia’s internal teams, who they spoke with, were as oblivious to Google’s intentions as developers were.

We literally signed the publishing agreement with Stadia last week. So I would assume the internal teams there, who are lovely, are likely finding this out at the same time we are – since I had a super energetic meeting with them last week about us joining.

The lack of communication is hardly a good look for Google, especially since some studios were relying on Stadia revenue. Necrosoft Games, for example, had plans to launch multiplayer title Hyper Gunsport on Stadia this November, to recoup development costs.

‘I know everybody is having a great time laughing at this but Stadia had the best dev revenue of any streaming service,’ explains creative director Brandon Sheffield.

‘I actually don’t know what’s going to happen with our Stadia launch yet (we’re still launching on other platforms), but Google paid by percentage of time played by Stadia Pro users, which was great, and they were the only company that did it, so it was a guaranteed return.’

I’ll find out soon what’s going on with our launch, but I was counting on at least a several-month tail of players with which to recoup – I also wanted to reward the faithful Stadia players for sticking with us, because they supported the original game a lot.

One positive about Stadia’s shutdown is that Google will be giving full refunds. However, the fact that all its games will become inaccessible is still bad news for anyone who spent a lot of time with a particular game.

For instance, one Red Dead Redemption 2 player has sunk over 5,000 hours on Stadia alone and is now begging developer Rockstar Games to let him transfer his progress to another platform before it vanishes into the ether.

This is something Io Interactive wants to do for Hitman 3, assuring Stadia players that it’s ‘looking into ways for you to continue your Hitman experience on other platforms.’

To all our HITMAN fans on Google Stadia.

We hear you – we are looking into ways for you to continue your HITMAN experience on other platforms. pic.twitter.com/7VZsDQAMkC

The Important Benefits of Outsourcing Your E-Commerce Business