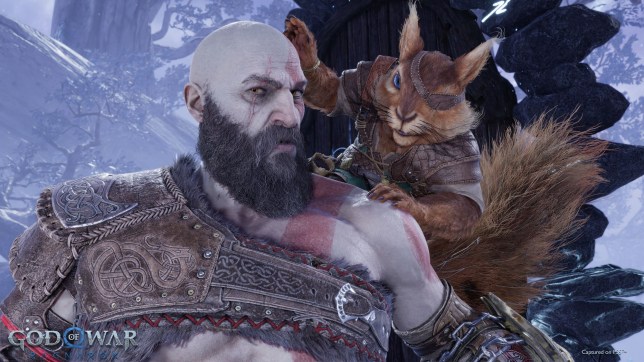 Sony’s latest PlayStation exclusive has had the best launch of any game not called FIFA 23, in the latest UK physical charts.

It may be the end of Kratos’ Nordic adventure but new release God Of War Ragnarök has become the fastest-selling entry in the series’ history and almost beat the first week launch record of FIFA 23 in the UK charts.

Relatively speaking, the PlayStation 2 era God Of War games were not as popular in the UK as they were in the US, but that all changed with the 2018 soft reboot, which was a massive hit worldwide.

That meant that expectation for the sequel was so much that the game ended up beating the first week sales totals for Elden Ring, Call Of Duty: Modern Warfare 2, and Pokémon Legends: Arceus.

As ever, these are only physical sales, so a game like Call Of Duty is likely to have seen a much larger percentage of its sales go to digital downloads.

It’s also notable that 55% of God Of War Ragnarök’s sales on PlayStation 5 were as part of a hardware bundle with the PlayStation 5 console itself. That bundle accounted for 60% of all PlayStation 5 sales last week, in what has been the biggest week of sales for the console so far this year.

Overall, 82% of boxed sales were on the PlayStation 5, compared to just 18% on PlayStation 4. Which won’t please those that were frustrated the game was cross-gen in the first place.

In terms of the rest of the chart, the other new entry was Sonic Frontiers at number four. The game sold 5% more in its first week than 2017’s Sonic Forces, which is a very good result given that most sequels see a significant decline nowadays, as sales increasingly shift to digital.

Football Manager 2023 was also new at number 11, but the vast majority of its sales will have been digital. Although its physical sales were only down 18% on last year, which suggests it sold very well overall.

It was a surprisingly busy week in general, in terms of new releases, with the PlayStation exclusivity of God Of War meaning that other games didn’t feel they needed to get out of its way.

As such, Tactics Ogre: Reborn got as high as number 24 and Cobrai Kai 2: Dojo’s Rising debuted at number 28, with the new physical edition of Stray on PlayStation 4 pushing that game back up to number 23.

Jim Carrey has been banned from Russia by Vladimir Putin

Who is Peter Phillips? The Queen’s grandson