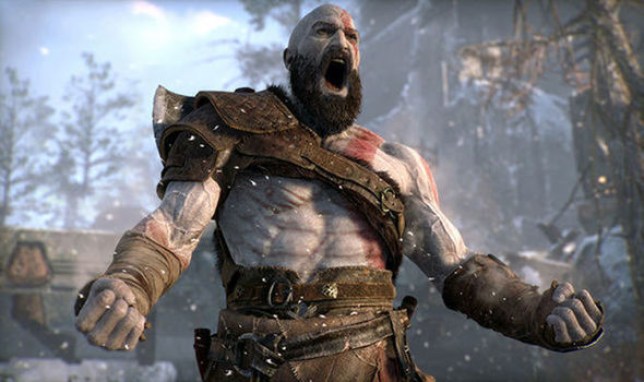 He may have anger issues but even Kratos knows not to be mad over game delays (pic: Sony)

After a God Of War: Ragnarök staff member received abuse for its delay, director Cory Barlog asks that people be upset with him instead.

News of God Of War: Ragnarök’s delay was always going to disappoint people, considering it was teased for a 2021 release. But, as always, some have decided to be unnecessarily nasty about it and throw abuse at the game’s staff.

Alanah Pearce, one of the sequel’s writers, shared abusive messages sent to her over Twitter concerning the delay. The sender seems to suggest that the delay was due to Pearce being ‘useless’ and not doing her job, and they hope she gets fired.

This prompted creative director Cory Barlog to defend her, as well as the entire staff, and claim full responsibility for the delay.

‘You want to be mad at somebody for anything [God Of War] related – the delay, PS4/5, trolls, subtitle size, Sigrun, whatevs – be angry with me. I made the calls. I did this.’

Barlog’s comments have received support from fans who understand the decision to delay the game and express sympathy for Pearce. Some have agreed that nothing justifies abuse and that no one has any real reason to be angry with Barlog or any of the staff.

every single human at the studio is there specifically because they are fucking EXCEPTIONAL at what they do. we are better because of them.

hell, I am lucky anyone is willing to lend their talent and intellect to my bullshit.

for some reason they do and I love them for it.â¤ï¸

Unfortunately, this sort of thing is commonplace, especially when it comes to major triple-A releases like God Of War, and it’s not always just delays that prompts them.

Only last year, Naughty Dog’s director Neil Druckmann received hateful messages over The Last Of Us Part 2 and actress Laura Bailey was sent death threats, simply because people didn’t like the character she played.

While no exact reason was given for God Of War: Ragnarök’s delay, it’s generally assumed that the pandemic had something to do with it, since many other 2021 games, like Hogwarts Legacy, have been pushed back to 2022 as well.

The delay isn’t even that surprising. Aside from the 2021 release date, the teaser trailer showed nothing but what is likely the game’s logo and there have been no official updates about the game since.

This includes the game’s actual title. God Of War: Ragnarök is just a popular fan theory, since the teaser features the phrase ‘Ragnarök is coming’ and the first game heavily implied that the event will be the focal point of the sequel.

Sony appeared to have inadvertently confirmed the name in some financial documents. But it turned out that the Ragnarök logo it used was fan-made and the documents were soon updated to replace it with a more generic God Of War logo.