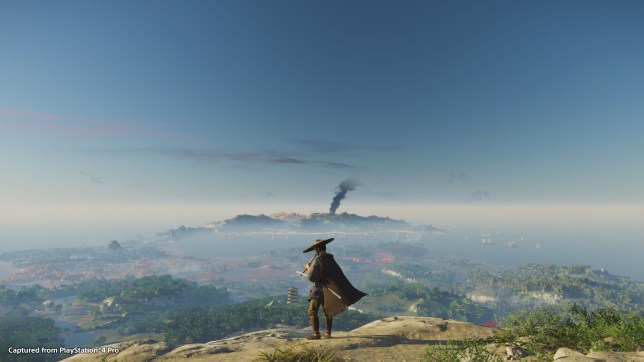 Turns out setting an incredibly popular game in a real-world location is good for tourism (pic: Sony)

Sucker Punch’s samurai game Ghost Of Tsushima has earned its creators ambassadorships for spreading awareness of the real-world location.

While it was made by an American studio, Ghost Of Tsushima has proven to be very popular in Japan, perhaps even more so than here in the West. It was voted Famitsu’s Game of the Year in 2020, beating even Final Fantasy 7 Remake and Animal Crossing: New Horizons, and now it has led to its creators being made ambassadors of the real island of Tsushima.

According to VGC, game director Nate Fox and creative director Jason Connell will officially be made tourism ambassadors of the city of Tsushima, which is located on the island of the same name, during a digital ceremony.

Tsushima’s mayor, Hiroki Hitakatsu, says that the pair have helped spread the name and history of the island to not just the rest of the world but also across Japan.

‘Even a lot of Japanese people do not know the history of the Gen-ko period. When it comes to the world, the name and location of Tsushima is literally unknown, so I cannot thank them enough for telling our story with such phenomenal graphics and profound stories.

‘I did not appoint them for the purpose of having them do anything in the future. Thanks to the two of them, Sucker Punch Productions, and SIE, I have heard from people all over the world who have learned about Tsushima through their works, and now want to see, know, and go to Tsushima.’

Hitakatsu even admits that he would love to grant ambassadorships to all of Sucker Punch and everyone who was involved with working on the game. He adds that he hopes to one day invite the entire development team to Tsushima once travel restrictions are lifted.

The city will also collaborate with Sony Interactive Entertainment to set up a new tourism campaign based on Ghost Of Tsushima to further encourage fans to explore the island and learn more about its landmarks and history.

The effect Ghost Of Tsushima has had on the world has already been demonstrated. When one of the island’s shrines was badly damaged during a typhoon, many fans of the game donated to the crowdfunding effort so it can be restored.

Ghost Of Tsushima is available exclusively on PlayStation 4.