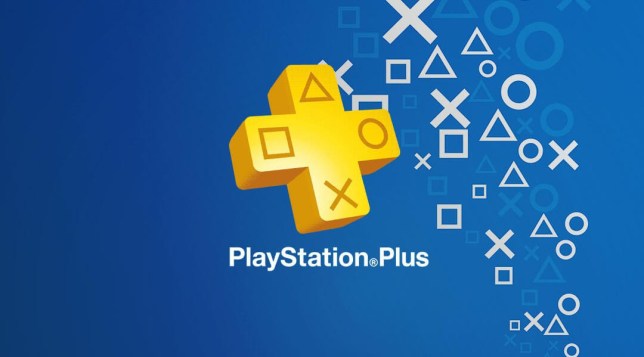 One way to save money (pic: Sony)

A reader offers some well-practised tips for buying consoles and games on the cheap, with both physical and digital purchases.

I recall the other weekend a feature in which the writer explained he felt he had to sell his new PlayStation 5 and exchange it for an Xbox One X, as the price of PlayStation 5 exclusives were too steep and he wanted to make use of the value of Game Pass. I too am slightly concerned regarding the price of new games, with the new standard price of £70 a dramatic increase compared to last generation. Thankfully, I should still be able to buy the games I want but may have to be a bit more sensible. With this in mind here are some tips, and why I think gamers can still enjoy next generation gaming on a budget.

Be sensible and plan

A bit of a boring one to start off with but plan accordingly. For instance, if there is a game you are interested in buying but you haven’t made up your mind, whereas you know that there is a game you absolutely must get not far from release, then don’t spend money you can’t afford. Save the money for the game you know you will enjoy and wait until the reviews are in for the other and until the price drops. Have a budget in mind for the year or each month and which games are must buys. I have a rough idea of how much I can spend each month and have a good idea of which games are due for release over the next 12 months, I consider day one purchases and which I’ll wait until a reduction in price.

Consider PS Plus even if you don’t go online

When I bought my PlayStation 5 back in November I also purchased a year’s subscription to PS Plus. I hardly ever play online multiplayer and don’t think I’ve actually even spent any time doing so. However, what I have done is made use of the free games. I’ve played a little Bugsnax and Hollow Knight. This month though is especially good as it includes Control: Ultimate Edition for the PlayStation 4/5. This is a critically acclaimed AAA game which I’ve seen listed for about £35, which I was considering paying full price for. So this month alone has justified my PS Plus subscription. Have a shop around rather than paying the listed price on PSN. Sometimes sites such as CDKeys or ShopTo have offers.

Would you rather have the best phone or a new console?

When it was first released in 2017 I managed to pick up a Nintendo Switch. However, a year or so later there were no new releases on the horizon that interested me. Therefore I traded this for a PlayStation 4 to play God Of War. I ended up regretting this decision when games like Super Mario Party, Luigi’s Mansion 3, and Zelda: Link’s Awakening were released.

However, I also didn’t have the money to justify buying another Switch and I didn’t want to trade my PlayStation 4 in either. Fortunately, I got a great deal when my mobile phone was up for renewal, as it came with a free gift of the Switch. I have a mid-range/budget smartphone with a decent amount of minutes and data for about £25 a month and with that a Switch on EE. It’s probably not the best way of getting a new console if you want the latest phone but if you’re willing to have a less expensive handset then it can be a great way of doing so.

My other recommendation is to buy the most expensive physical versions of consoles. Sure, it might be cheaper to start with but more expensive in the long run. I personally would never buy a brand new release digitally. It just isn’t cost effective. Often new release digital games are more expensive than their physical counterparts, with no ability to trade in after. Ever since I wasted £50 on No Man’s Sky when it first released I’ll never make the same mistake again.

This doesn’t mean I don’t sometimes buy digital games. Recently I bought The Witcher 3 for I think £7 and last year I got Far Cry 5, The Last Of Us Remastered and Resident Evil 2 for around £30-£40 in total. The PSN store can be a great place for a bargain but games that aren’t on offer or that are new releases can be ridiculously overpriced.

Trade-in is your friend

Trading in games is a great way of being able to play new games without breaking the bank. This is an especially effective way of doing things if you are someone who plays games quickly. If you play a new release game and then trade it in within the first month I usually find you can get a reasonable price back if you intend to trade the game for store credit rather than cash.

For instance, I bought Resident Evil 2 for the PlayStation 4 for about £40-45. After a couple of playthroughs I got bored and managed to get about £30 back. Even though I ended up buying the game a year or so later digitally again for about £15, I still managed to save on the full retail price. You can even get better prices if you can be bothered to brave eBay or Gumtree. I am lucky in that my place of work has its own staff ads page. For example, this week I sold Mario Kart 8 for £25, which I had originally bought for £35. It’s a great game but I’m now bored after playing it to death. £10 for hours of fun is great value.

I’ve heard a lot of people bemoan the fact that the new generation of consoles, especially the PlayStation 5, have woefully inadequate storage spaces. I tend to agree and it would have been nice to have a larger storage capacity. However, it isn’t the be all and end all. I’ve still got a fair amount of space even with a number of games installed. I’m not sure how much extra SSD capacity will cost but my guess a considerable amount.

Consider then, whether this is an essential purchase. I know it can be a pain reinstalling games but how many games do people have on the go at once? My guess is less than the full PlayStation 5/Xbox Series X storage capacity. Perhaps a better internet connection would be the answer? I have a decent connection and most games can be downloaded and playable within the hour.

Sure, upgrading your internet might be more expensive solution but is probably a more justifiable expense when it would improve other aspects of home life, especially if you live with others.

If it came down to it, I know I’d rather spend over £100 on new games and have to put up with the annoyance of storage management than spend it on a SSD that I probably don’t really need.

So there you have, hopefully these tips might be useful for someone or perhaps it’s the gaming equivalent of telling your grandma how to suck eggs.