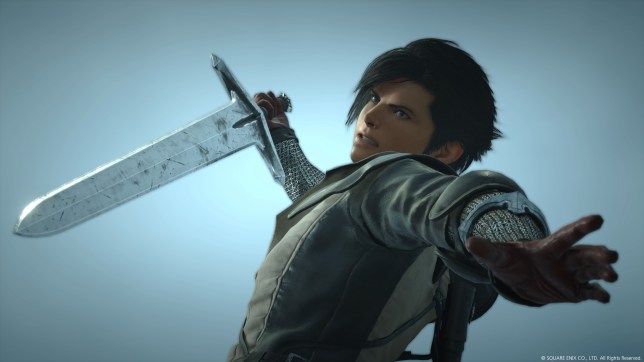 The Monday Inbox continues the debate on consoles vs. PC, as one reader asks for advice on Nvidia Shield and GeForce Now.

Quiet year
I have to agree with the Inbox and GC’s appraisal of Bravely Default 2, which has been very disappointing given how good the portable games were. I agree that a big problem is that it no longer seems as innovative as it once did, which is a problem when characters and plot aren’t great.

I know the Switch isn’t technically next gen but I was hoping it would mean a new Japanese role-playing game that was good this year, since there doesn’t seem much hope of any from anywhere else. Sony’s disinterest in Japan means they’ve got nothing brewing and Xbox… yeah, right.

SaGa Frontier Remastered and the NieR remake are just about the only things to look forward to at the moment, so thank god for the Fantasian announcement, even if it’s not a console game. I get the feeling that Japanese role-players are going to be super rare in the new generation, if for no reason other than they’re expensive to make and have a relatively small audience.

I’m really hoping the next Tales game or Final Fantasy 16 can be big enough to give other companies the confidence to make them. Or perhaps it’s for the best that the Switch is now dominant in Japan, because it means the games are more affordable to make and hopefully role-playing developers will start to flock to it.
Ansel

Never look back
I can imagine the opinion of Rockstar might differ from their corporate owners regarding any GTA remasters.

Without doubt they would make tidy sums from sales, both from nostalgia buyers and also modern GTA fans who never experienced those games at the time.

However, from a developer perspective surely they would want to focus on creating something new. Games like GTA 5 and Red Redemption 2 are made with such care they are almost a labour of love – despite being from such a huge company.

Remasters are a huge part of the Take-Two business model, but I hope Rockstar have banked enough in the past to be able to assign all resources into GTA 6 and/or something else new.
Conor

GC: We suspect you’re right and that’s why there haven’t been any proper ones so far.

Switching teams
After many years of being a Nintendo and Sony guy I’ve made the jump to the next generation and picked up an Xbox Series S. I can say I’m as surprised as anyone, as I’ve never really got on with Xbox in any way before. I’ve been weighing everything up in my head for weeks and the value of the Series S, with its next gen games, Games Pass, and overall cost is just far too good to walk away from.

I’m a huge Naughty Dog fan but I had to ask myself is it worth upgrading to a PlayStation 5 for a Last Of Us (or Uncharted?) game that probably won’t come out for at least another five years? The answer is resoundingly no. All being well I can look to pick up a cheap PlayStation at end of this gen and play them back.

All that being said I’m wondering if GameCentral or anyone on the inbox could recommend a couple of Xbox games from the previous gen that would be good starting points on my new console? I like a good story and solid mechanics in a game and definitely veer more single-player generally.

Thanks in advance.
Chris

GC: In terms of exclusives, last gen was not a classic for Xbox. Since they’re free on Game Pass though you might as well play the recent Gears Of War and Halo games, although they’re fairly uninspired. Halo Wars 2, Forza Horizon, and Ori And The Blind Forest/The Will Of The Wisps, are great though.

PC hybrid
I was just wondering if GC have been able to utilise the Nvidia Shield and GeForce Now platform at all? I’m between generations at the moment and don’t have the cash (or GPU availability) to upgrade my PC.

For the next year or so I’ve been think about getting a shield for £200 and streaming my Steam library in my living room. Effectively giving me a cheap decent console/PC that will play most modern games available on steam.

Does it work though? What’s the input lag like? And stream quality, etc.? Would you recommend the platform in any way?
Razzledazzle

GC: We’ve played them but not really since launch. A number of readers have mentioned using them though, so we’re sure they can help.

Next gen racing
The recent Maximum update for Need For Speed: Hot Pursuit is a revelation. Running on PlayStation 5, at a constant 60fps in 4K, the game is stunning to behold. One of my favourite PlayStation 5 games so far. The visuals in terms of vistas and lighting are incredible. It never, ever looked like this (even on Xbox One X where I owned it too).

Plus, I found playing with the car on screen has been game-changing too, in terms of success in the game. Also been playing OutRun 2 SP (second hand copy from eBay) on PC with the FXT mods (in HD and widescreen on a large TV). One of my best weeks in 30 years of gaming.
Paul Barnett

Not what they said
Well then, after asking the weekend Hot Topic it seems to me that being a PC gamer can be expensive, after spending at least £1,000 in which, after a few years, you have to start upgrading it. Whereas on a console there is one lower price and that will last you till the new console gen is out.

For what a half decent PC could cost I could get a PlayStation 5/Xbox Series X and a good 10 games for it. I’ll stick with console I think, for now, the graphics and power for them are more than enough for me.
David

GC: You’re being very disingenuous here. You can get a decent PC for much less than £1,000 and PC games are cheaper across the board. And that’s without factoring in mid-generation upgrades like the PS4 Pro and Xbox One X.

No change
The debate in regards to PC Vs. console is not really relevant. I’m a PC gamer and I can’t tell you how much I’ve spent on components because I just don’t know. My PC has been upgraded with better components over the years and performance-wise even the most current consoles can’t touch it.

With a PC you can upgrade individual components for faster and better at will.

With consoles you have to wait years for a new one to come out.

A gaming keyboard and mouse is far superior in speed and accuracy to any game controller as well.

The advantage will always be with the PC. Xbox Live also enables Xbox games to be played on PC as well.

Not my Nate
‘I had to play this very tough, very stoic guy…’, that’s Tom Holland talking about Uncharted in a recent interview in GQ! (www.gq-magazine.co.uk/culture/article/tom-holland-cherry-interview

Considering that Tom Holland is meant to be a big fan of the games it’s pretty obvious that he doesn’t have a clue about Nathan Drake!

Nate may be a fighter but he’s not a tough guy, I remember reading about the original casting of Nolan North and people at Naughty Dog said that he brought a vulnerability to the role which I feel is key to Nathan’s popularity.

And stoic?! There are many words to describe Nathan Drake but stoic sure isn’t one of them!

I just wish they had left the games alone!
LastYearsModel

To remake and not to remake
With remakes and remasters now a common occurrence in gaming, I thought back to my favourite PS1 games and thought I’d share how they would prosper with a lick of paint.

1. Deathtrap Dungeon
A simple premise, you are an adventurer exploring a dungeon for a reward. A 3D action game; I liked it was level based, don’t see that often nowadays, except Devil May Cry I guess. Story progressed via text between levels; it was difficult, it was challenging, I loved it. Nowadays Bloodborne/Dark Souls fits the formula perfectly. A Souls game with levels, some with puzzles, some traps, some fighting, mix and match; works for me.

2. Wild ARMs
An underrated Japanese role-playing game that dared to be different, it was a cowboy game! (Still had amnesia and summons, don’t worry) but the setting alone made it a breath of fresh air. Light puzzle-solving, a great soundtrack, and solid turn-based combat made it a great game of the day. Nowadays I Am Setsuna shows how top-down role-playing games can still exist with today’s technology.

5. Two games that stand the test of time and never ever require remakes are Alundra and Castlevania: Symphony Of The Night. Both are perfect examples (in my opinion) of that style of game. I can think of nothing that would improve either, which to me make them perfect games. But that’s just my opinion.
Liam

Inbox also-rans
I think if they remaster a GTA game it should be Vice City, ‘cause that game was awesome. One of my favourite GTA game of all time; just a thought.
Anon