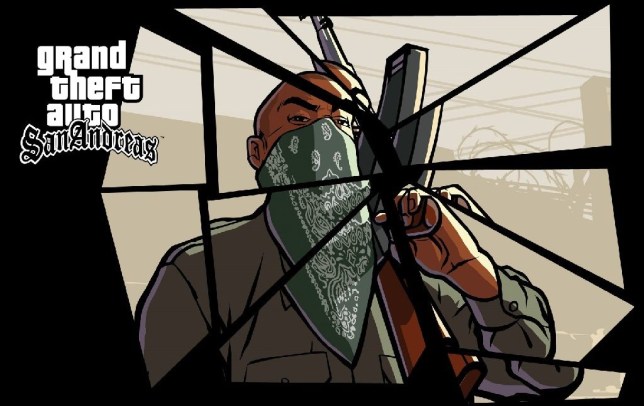 The Friday Inbox tries to imagine what Playground Games’ Fable will be like, as one reader learns the horrors of Senran Kagura.

Skip to the third
I’m really in two minds about the idea of a GTA remake or remaster. To be honest, I think Rockstar has left it so late now that it’s not really going to work. Assuming they start with GTA 3 I think it’s just going to come across as a simplified version of GTA 5 with no real benefit to playing it.

GTA 3 didn’t really have many proper characters, as I remember your character was never named and didn’t speak, and both it and Vice City were, in terms of the story, just an excuse to recreate a bunch of scenes from movies like Goodfellas and Scarface. Everyone loves the soundtrack to Vice City but I really don’t think it has anything else going for it.

The only remaster that makes sense to me, from the classic era, is San Andreas. The map is a bit too similar to GTA 5, it’s true, but it was the first time the games had a proper, coherent story and CJ is still my favourite protagonist. Maybe they’ll try and do all three, but if it’s just going to be one I’d say San Andreas is all you need.
Arno

Showing its age
Remastering the older GTA games certainly seems more likely than remaking them. But the thing is, GTA 3 and Vice City would probably feel very confined compared to GTA 5. I haven’t played either for a while but I bet just a lick of paint won’t hide the fact that the gameplay feels very dated at this point. San Andreas would benefit most, as that map felt huge (I’m sure it’s really not by today’s standard) but GTA 5 is basically an improved San Andreas anyway.

Of course, they’ll sell because it’s GTA and nostalgia is a thing, but I’d much rather they work on GTA 6. Maybe they’ll add in an online mode – didn’t the PC version of San Andreas have online multiplayer?
Matt

GC: We’re pretty sure it didn’t, but there’s certain to be some fan-made mods.

Seasonal Fable
So, I’ve been thinking a lot about the new Fable and what Playground Games could potentially bring to the game from their prior games. As all the games they developed were Forza Horizon it’s a difficult task, but one thing Forza Horizon 4 did that could be a really interesting addition to a role-playing game is seasons.

It could really add to the quest design that some quests might only be available in certain seasons, such as crossing a big lake that freezes over in winter or a drought in summer where you have to help a village obtain fresh water. Whether Playground does anything like this is complete guess work but it could be pretty unique. Does any other game have anything like it?
Jay Johnson

GC: Animal Crossing and farming games like Stardew Valley do, as did Pokémon Black/White. There’s also Zelda: Age Of Seasons, although that’s more for the sake of puzzles. Games like Bully and Persona certainly show the passage of time, since they’re tied to the school year, but we can’t think of any modern role-player that has dynamic seasons.

VR vision
Regarding the news about Sony releasing and staying with their VR technology, I really think this is positive news and it’s just not a fad/flash in the pan technology like the 3D tellies of before. I honestly think the whole VR experience, since the original PlayStation VR days, have now changed dramatically and definitely moved onto the next level, especially when Facebook have only just released the awesome Oculus Quest 2 last year for just £299.

It is truly a game changer because you get all the latest tech crammed into one piece of kit at a ridiculous £100 cheaper than its predecessor, that was only released the year before. If Oculus can produce a high-quality wireless headset just imagine the possibilities Sony could achieve with their next gen VR unit and the power of the PlayStation 5 at its back!

I have every faith in Sony’s continuing vision with their next VR project and I just hope that this will be the very next level of gaming and who knows, just maybe the start of our gaming standard habits for the future and beyond!
JAH

Russian roulette
Don’t know if I’m stating the obvious here but Ratchet & Clank is free on the PS Store right now. I happened upon it whilst browsing.

I also took a punt on Senran Kagura (paid) that was discounted. Wasn’t sure what to expect as there were no screenshots. Thought it sounded quite intriguing by the description. Bought it for that reason. There were no thumbnails as to the actual look or theme of it. Now I know and so does the missus. I feel dirty. I’m sleeping in the kennel tonight I think!
D Dubya

GC: Couldn’t you have just looked up a review? We played one of the Senran Kagura games on the 3DS and it was mind-bogglingly awful.

Battlefield balance
To present an alternative view on the series, we’ve been put off recent Battlefields because of the implementation of vehicles, destruction, and player numbers, and the impact they have had on game balance and map design.

Vehicles are great, but recent Battlefields have made vehicles stronger at the same time as being less integral to playing the objective. Compare the Amtrac of previous Battlefields. You couldn’t drive and shoot but it was a durable vehicle ideal for tactical positioning to help deal with an objective. Recent vehicles, particularly air vehicles, are mostly designed to rack up enormous amounts of kills for very little risk. In previous games a single canny opponent with C4, mines or a rocket launcher could deal with an overexposed tank. Not so much now.

Destruction is great, in theory, but it needs to be managed. Too often the careful level design is flattened, leaving the game to play out on a far less interesting battlefield, with nowhere to hide from long range sniping and vehicle kills. It actually makes the game less tactically interesting rather than more.

Numbers, vehicles, and destruction all have a place but recently they’ve been embraced without much consideration for balance and level design. I’d advocate more thought and consideration, but not more of everything.
Matt (he_who_runs_away – PSN ID)

A month of Sundays
Any idea when Cyberpunk 2077 will be back on the PS store? Saw that the patch had been delayed but didn’t know if once the patch was implemented the game would be back on the market or if it required even more fine tuning?
Michael, Crawley

GC: There doesn’t seem to be any clue. Sony were clearly furious about the way CD Projekt handled things, especially offering refunds without checking with them first.

Gaming unplugged
Great to see HeroQuest mentioned this week, but for those who are new to modern board gaming I would strongly recommend care over nostalgia when choosing where to invest your £100 or more. Gloomhaven is the obvious first consideration, as its gaming system has moved with the times to incorporate superb euro-style card play, which genuinely blows most of the competition out of the water – especially those that still rely on monotonous dice throwing to decide every move, combat, and skill test.

For gamers who are happy with more complexity I would then definitely recommend checking out Mage Knight and War Of The Ring – two quite different games but with adventure and battles and miniatures at heart and, again, both with powerful card play as well as some clever dice use. Runebound Third Edition is an interesting new twist on adventure games, which uses a novel disc-flipping system to decide your fate. Extra discs can be added to your pool as you upgrade and progress, exploring the lands of Terrinoth. This really is a clever new game and a great example of how the genre can move forward with great design.

A handful of quick suggestions for video gamers who might want to own one or two board games only: Eldritch Horror is an easier, abstracted version of the huge Arkham Horror games, and very good with it; Lords Of Waterdeep is a fantastic adventure Dungeons & Dragons game but SUPER light and therefore a great starting point for new and younger board-gamers; and then I would recommend Legends Of Andor which offers something in-between Gloomhaven and HeroQuest – a light, story-laden adventure game with plenty of instructions and hand-holding to get you up to speed with the game system, which uses an easy and clever dice system. And then for something totally different, more puzzle game with adventure flavour, my family has enjoyed Kingdom Builder and Adventure Land (published by Queen Games and HABA, respectively).

Like anything today, you can see excellent video playthroughs of all these games if you search YouTube.

Happy gaming, on screen and off.
Will Sargent

Inbox also-rans
I wouldn’t normally say this about anything but Elden Ring is one game I would buy/pre-order the second it became available, no questions asked, no reviews read. I’d probably even buy the collector’s edition if it had a good one, FromSoftware are that good.
Taylor Moon

So apparently they’re going to make levelling up in Avengers harder/slower. That’s… an interesting idea. First Anthem and very soon to follow I would imagine Avengers. Who would’ve guessed!
Capsicum

This week’s Hot Topic
The subject for this weekend’s Inbox was inspired by reader David, and asks what is your experience with PC gaming and do you think it’s better or worse than consoles?

Do you own a gaming PC and if so how much did you pay for it and how well does it run modern games? What do you see as the pros and cons of PC gaming and do you feel either option has got more or less appealing in the last few years?

If you don’t own a gaming PC what would make you consider it and what has put you off so far? Overall, do you think PC gaming will become more popular in the future or less?