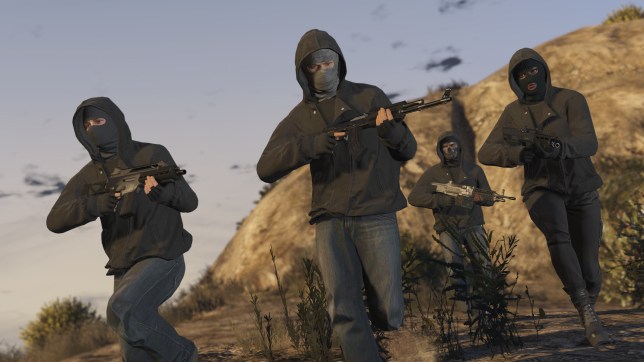 Is the wait for GTA 6 going to be even longer than expected? (pic: Rockstar)

The Friday Inbox thinks public opinion is moving in favour of Xbox over PS5, as one reader hopes for Control 2 over Alan Wake 2.

Too much success
Most companies are on radio silence at the moment, so there’s no point asking when Rockstar might announce GTA 6. Instead, I’m beginning to wonder if they will. GTA 5 is coming to next gen consoles this year and even though it’s a port that’s not a little project. They’ve put a lot of time and effort into that and they wouldn’t have bothered if it was just going to be a flash in the pan, given they could’ve just relied on backwards compatibility.

So maybe… GTA 6 isn’t coming out on PlayStation 5? Maybe they’ll just make a new game, like they did with Red Redemption 2 and make that online as well. It might not make as much money as GTA 5 but the problem is that as soon as GTA 6 comes out GTA Online is going to be old news and no exec worth their money is going to want to kill that golden goose.

My heart tells me that GTA 6 will be announced at some point in the PlayStation 5’s life but my head is saying that isn’t a given at all. It might not be till next generation or, if generations aren’t really a thing any more, five years or more. It’s a shame but GTA 5 has basically become too successful, so successful it’s made even its own successor a risk.
Jetter

Future Battlefield
I’m interested to see what the new Battlefield will be like this year, especially as all the rumours seem pretty confident that it’s going to be near future. Not to get too serious though but I wonder whether there’ll even be many soldiers in the future. 10 years ago or so, when Call Of Duty was doing it, drones seems like straight science fiction but now it’s pretty obvious that they’re the future of the military with robots getting closer to being viable too (not AI controlled but in terms of something that aim a gun and walk around on the ground).

They’ll probably always be a place for special ops soldiers but even then wouldn’t a tiny draw with a knock-out dart be better? The future may end up being too sci-fi to make a decent game at this rate. I mean, what do we even need tanks for nowadays? Who would they or jet fighters be fighting? Unless the aliens invade it’s all just far more efficient to use a drone instead.

It’s common knowledge they use Xbox controllers to control them so in Battlefield we’d be playing a game within a game when we take control of a drone, which is pretty weird. The more you think about it the more you can see why Call Of Duty keeps going back to WW2.
Bangore

Missed opportunity
Well, I missed my chance to buy Super Mario 3D All-Stars and, so far at least, I don’t regret. Unsurprisingly Nintendo didn’t make some mega announcement about free Super Mario Galaxy 2 the day after (serious, who would believe that?) and so I guess means we’ll never see any of those games again for several years. You’d think Super Mario Galaxy 2 would turn up somehow but I don’t really see in what context at this point.

It’s all a shame because I would’ve really like a compilation that was complete and, even more so, a complete remake of Super Mario 64. What they released for the Switch doesn’t seem to be anything more than a port, really, and that is just lazy as far as I’m concerned. And disrespectful to the legacy of the game, because even just watching it on Twitch it’s obvious it doesn’t look good and they should’ve improve the camera more.

Nintendo can do good remakes if they want, Zelda: Link’s Awakening was pretty sweet, but most of the time they’re pretty bad about making their old stuff available, which is ironic given they have by far the best legacy of games out of the three console makers.
Jag

Independent Control
Remedy have been going for 25 years? That is surprising given how few games they’ve really made and how, as you say, none of them have been that big. I guess selling the rights to Max Payne to Rockstar and then being in bed with Microsoft all those years must’ve kept them going. Actually, it’s kind of surprising Microsoft never bought them, because I remember Phil Spencer mentioning he was a fan.

I like their stuff too. Quantum Break was a mistake, I don’t know what they were thinking with the TV stuff, but I really like Max Payne, Alan Wake, and Control. I think each shows a clear improvement over the other though, so I’d much rather see a Control 2 than an Alan Wake sequel but I don’t think that’s written off yet.

I’m also glad that Microsoft didn’t buy them in the end. I much prefer to see independent studios doing whatever they want and Control was a big risk that they probably wouldn’t have got to make if they were owned by someone else.
Calypso

One more go
Not surprised at all at the Balan Wonderworld review. That demo was one of the biggest downers I think I’ve ever played. I’m sure the game as a whole wasn’t very big budget but Square Enix did set up a whole new studio for Yuji Naka to control so they obviously thought the game and whatever else he’s working on must’ve been worth it. I think we can all imagine what they’re thinking right now.

Since he does have his own studio I’m going to guess that Yuji Naka is going to get at least one more chance to make a new game but I’ve got to agree with what GC said recently, that maybe he’s just not very good at making video games anymore. Sonic and NiGHTS were a long time ago now and there’s nothing so far to show he’s moved with the times. To be honest I’m not sure he deserves another shot.
Gantz
PS: I assume the late reviews from everyone is because they didn’t send review copies out until late?

GC: Yes, they didn’t send review copies until launch day, ostensibly because they were waiting for the day one patch.

Toxic avengers
I see Days Gone is being offered as the free game this month on PlayStation Plus. I’ve written in before about how bad an experience I had when I tried to play it. It’s genuinely one of the worst games I’ve ever experienced all the way, from its bug riddled environments to its horrible characters. Every so often I see it trending on Twitter and can’t stop myself from looking at the near universal love it gets.

I stupidly responded to one of these comments once with my own views on the game and gee whiz I got some serious abuse. I’m sure there’s loads of lovely people who love the game but there’s also some seriously toxic people defending it. At this point any mention of the game is triggering and I really should just delete it fully from my memory and never mention it again. Yet here I am again screaming into the abyss. I guess I’m never going to learn my lesson.
Chris

GC: It certainly didn’t get universal love from critics. The game is at 71 on Metacritic, the lowest of any recent first party PlayStation game.

You win some, you lose some
Oh boy, when something as low profile as Outriders outdoes Marvel’s Avengers by a massive amount on its first try you know something is wrong. Funny that they’re both Square Enix games but I really doubt Outriders is going to make up for the money Square Enix lost making Avengers and paying for its licence.

I agree with the other reader, it would’ve been much better as a single-player game, but I doubt we’ll see any kind of sequel that reverses that mistake. What a disaster and there’s still only two proper bad guys!
Defnie

Customer choice
Interesting to see the consumer attitude slipping away from the PlayStation 5. Last gen (and despite owning an Xbox 360) I voted with my wallet and went PlayStation 4 following Microsoft’s botched coverage about digital rights, not being able to trade games (which I never did), always online, etc. PlayStation had an open goal when their conference came around following that and despite not doing anything special it was their attitude towards the consumer that sold me, i.e. not taking them for granted.

Fast forward eight or nine years and this time PlayStation announce £70 games. I know this will likely change eventually but that immediately put me off, regardless of all the arguments for this pricing and why it should increase I decided to research Xbox. Despite having zero launch games it came down to value for me.

Xbox seemed the more friendly choice. Game Pass is excellent, backwards compatibility so my old Xbox 360 games can be played. It just felt like the right purchase. Because of my PlayStation 4 I would have been a dead cert for the PlayStation 5 had it not been for that games price tag.

My choices have basically been made by seeing who isn’t taking the consumer for granted. I don’t know what happens at board meetings but how things like ‘let’s increase game prices by £20’ or ‘let’s make customers go online all the time and lock games to their console so they don’t trade’ don’t get people kicked out is beyond me. It’s just complete ignorance. They need to analyse and slowly implement changes in line with customer trends, not force them on us.
Fokwok

Inbox also-rans
Will you be reviewing Outriders?
Jez

GC: Yes, but review copies only arrived on Wednesday.

So I’ve just found the oddest thing ever. Bought Lego Marvel for me and my partner to play together, on my PlayStation 5, and realised when you leave the game selected on the home screen the music playing is the Danny Elfman theme from Batman! How bizarre!
Liam

This week’s Hot Topic
The subject for this weekend’s Inbox was inspired by reader Bacon, who asks which retro video game would you most like to see get a boost from next gen emulation?

The FPS Boost, which increases the frame rate to 60fps, has already proven popular on Xbox Series X but isn’t available for all games and there’s no direct equivalent on PlayStation 5. Other upgrades can include higher resolution and the removal of issues like screen tearing, so which older game, from the PS1 era onwards, would you most like to see get an automatic remaster?

How important do you feel this sort of enhanced backwards compatibility is and how much of an advantage do you feel it gives Microsoft over Sony?