The Wednesday Inbox hopes there’ll be more Mii Fighter costumes for Smash Bros. Ultimate, as one reader agrees Banana Mania is a disappointment.

A good Cry
I was a bit shocked to read that Far Cry 6 is out this week, I assumed it was at least a month away as I’ve seen very little advertising for it and not really heard anyone talking about it. This surprises me as the previews seem to be positive and I always assumed the series was generally popular, so it seems a bit odd having it come out this early in the Christmas season.

I know there’s no point asking if it’s any good, before the review, but I’m very curious to see if Ubisoft are worried about it or just trying to keep out of the way of the Call Of Duty and Battlefield bloodbath. We always complain about games coming out at the same time for no reason, so I guess I shouldn’t be upset when a publisher thinks ahead a bit.

Looking back, I think I’ve played every Far Cry since 3, except for the caveman one. I’ve enjoyed them all but it’s still the third one that I think of as the best. I’m not sure if it really is or if I just think of it that way because it was the first I played and all the ones since have been basically the same thing with a different setting. I doubt Far Cry 6 will be any different but it does sound as if it’ll have a better story than 5, which I thought would’ve been the best if it had a better plot and script.
Penfold

Justice for Nell
Could care less about Sora (in the sense that I don’t hate that he’s in it either) but can I just say how glad I am that Doomguy made it into Super Smash Bros. Ultimate at the last minute? I know there were rumours about him as a playable character but that always seemed unlikely to me as he’s so violent.

A Mii Fighter costume makes total sense though and his costume looks particularly good. I know Nintendo want to draw a line under the game now but I certainly wouldn’t mind if they carried on making more Mii Fighter costumes for a while yet. There’s lots of games and characters they could still do and since there’s no gameplay involved it’s really just a question of putting a couple of artists on it.

It’s the only way I can see us getting characters from Advance Wars or Xenoblade Chronicles X or Resident Evil, as well as all the other ones that have been missed. I doubt it’s going to happen but I wish it would.
Cubby

Orange Pass
Game Pass continues to offer up some great games. Today Visage was announced to be coming to Game Pass on the 7th of October. This one has been high on my list of games to pick up, so pleased as punch to see it on the service. Back 4 Blood looks like it could be a laugh with friends and I’m looking forward to trying it out on the 12th.

Lastly, SWERY’s The Good Life is coming to Game Pass on release on the 15th of October, which given the guy’s previous games I really interested to play. Then, after that, you’ve got Forza Horizon 5 and Halo Infinite to enjoy. For me Game Pass is starting to feel like a hundred Orange Boxes when it comes to getting an abundance of quality content for your money.

Would like to try and fit in Metroid Dread and Advance Wars too. There’s also Elden Ring in January, which is a day one must play. It’s looking like a very entertaining three to four months of gaming ahead.
Simundo

Sadly correct
So, Tuesday morning, read your review. And as I finished reading, Super Monkey Ball Banana Mania got delivered.

Have played all of them since getting a GameCube on launch day and entirely agree that the controls for the Switch just seem ‘off’, not enough movement before you go shooting off an edge.

But I am not feeling the same off controls in the mini-games tho’.

Fingers crossed it could be patched out, ‘cos it feels a perfect fit for the Switch (quick little bursts of game).
Si

GC: It’s less noticeable in a lot of the party games because they generally require less precision, but we’d say it was pretty obvious in parts of Monkey Target.

PES through the ages
RE: eFootball. I won’t even try this because I don’t want my fond memories of PlayStation 2 PES 4, through Collina inspired modded PES 6 on PC, through PSP Winning Eleven that I bought on holiday in Hong Kong, through ISS on GameCube (which I loved even though it was panned) through PES 2014/15/16/17/18/19 on Xbox 360 and PlayStation 4 to now to be trashed.

Dreams of a quality Switch version are gone. Sad times for the franchise. Can’t imagine any competitor to FIFA will arise from the ashes unless there is a strange miracle.

Thanks Konami for the countless great memories.
Pliccito

Never change
Interesting article about Elden Ring, I like FromSoft, they have been a pretty consistent developer when it comes to putting out quality games.

Bloodborne got under my skin unlike any game I can remember playing on any system.

I’m also dead set against these games being toned down difficulty-wise to suit a wider audience. And I’m more than happy to live with it.

Sekiro: Shadows Die Twice was too hard for me, I just couldn’t get the hang of the parry timing and it’s essential to get anywhere in the game so I never got very far in it, but I still wouldn’t want to see an easy mode added just because it was too hard for me.

I’m hoping Elden Ring won’t be as punishing as Sekiro was but whatever, I’ll be buying it on day one. It’s one of the games I’m very much looking forward to seeing on my PlayStation 5, along with Metroid Dread on Switch which I hope to be playing on Friday.
Mitchell

Leave the party
I’m curious to see how much time Ubisoft is going to spent trying to make a hit free-to-play game and/or battle royale. They’ve been doing this for a while now and none of them seem to connect with people. Would it really be the end of the world if they just decided to give up now and make more proper games?

It should be pretty obvious now that the market only supports two or three similar games at once and it almost doesn’t matter how good they are or what brand they are, people have only got so much time and head space to dedicate to these things. Ubisoft would be much better of doing things the other publishers aren’t, rather than trying to join the party.
Nauls

Never bettered
So the final Smash fighter was Sora, eh? I don’t like the Kingdom Hearts games, don’t like his design, and his moves look strangely boring but if he’s popular then who am I to argue? The reveal was fun and at least it wasn’t something stupid like another Fire Emblem or Pokémon character.

89 characters is an incredible achievement and to have so many iconic third party characters in there as well is such a feat, although there I don’t know whether to praise Sakurai or Nintendo’s lawyers. I understand that Sora was an especially difficult character to include, because of Disney’s involvement. If you look at the tweets since the reveal they’re not even allowed to show Kirby with a keyblade.

Sakurai has said he’s not making another one ever and while he’s said that before it’s hard to imagine how this could ever be topped. I don’t think it’ll even be equalled. You can’t make a new game and start with a baseline of 89 characters, and then expect to add more on top, it’s just insane.

My suggestion for what to do next would be to concentrate on a smaller roster and maybe closer up action more similar to a standard fighting game. This really was the Ultimate version of the game and I think the next one has to be different not try and out-Epic it.
Onibee

Inbox also-rans
I’m watching Super Mario Bros: The Movie for the first time in about 25 years and I think my opinion of it from my mid teens holds up, it still stinks.
John Atkinson

EA making cross-gen for Battlefield 2042 free but not FIFA 2022 is disgusting. There’s absolutely no excuse for it other than they know people will pay whatever they ask for FIFA, without question.
Suspect9

This week’s Hot Topic
The subject for this weekend’s Inbox was suggested by reader D Dubya, who asked what is your favourite video game sound effect?

Some sounds effects have become as iconic as visuals and full soundtracks, from the sound of getting a new Achievement to the various noises different consoles make as they turn on. And that’s before you get into the actual sound effects of weapons, items, and vehicles.

You can include short jingles, such as the Zelda item discovery tune, and snippets of dialogue but nothing that lasts more than a few seconds. Also, if you’re able to find a good clip on YouTube, do include that with your email. 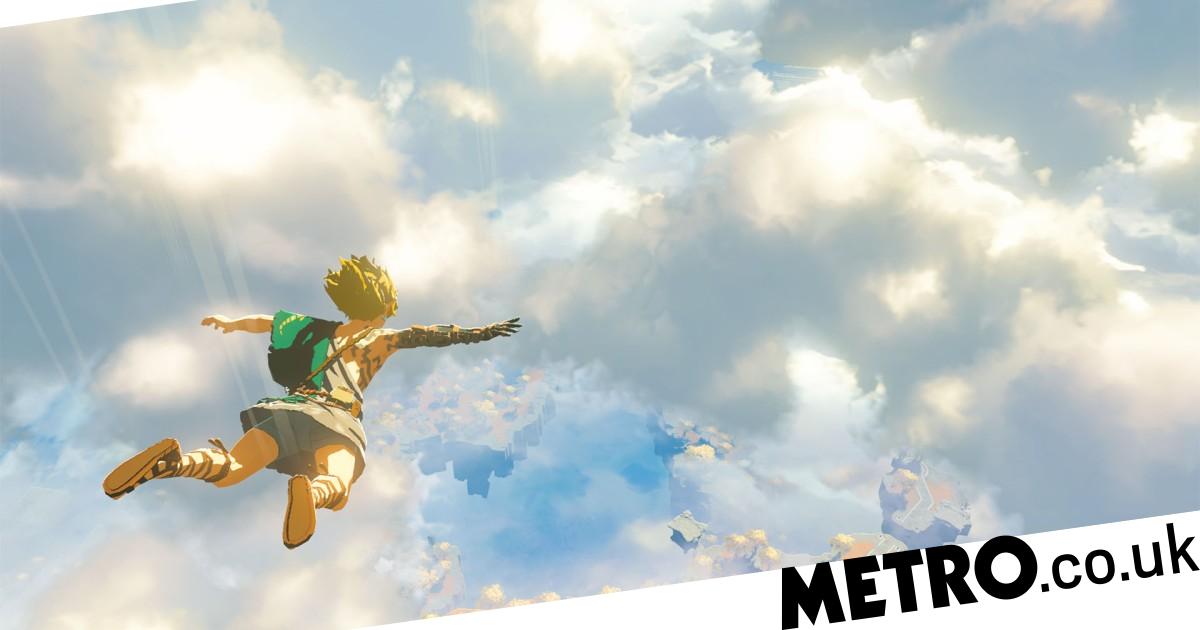 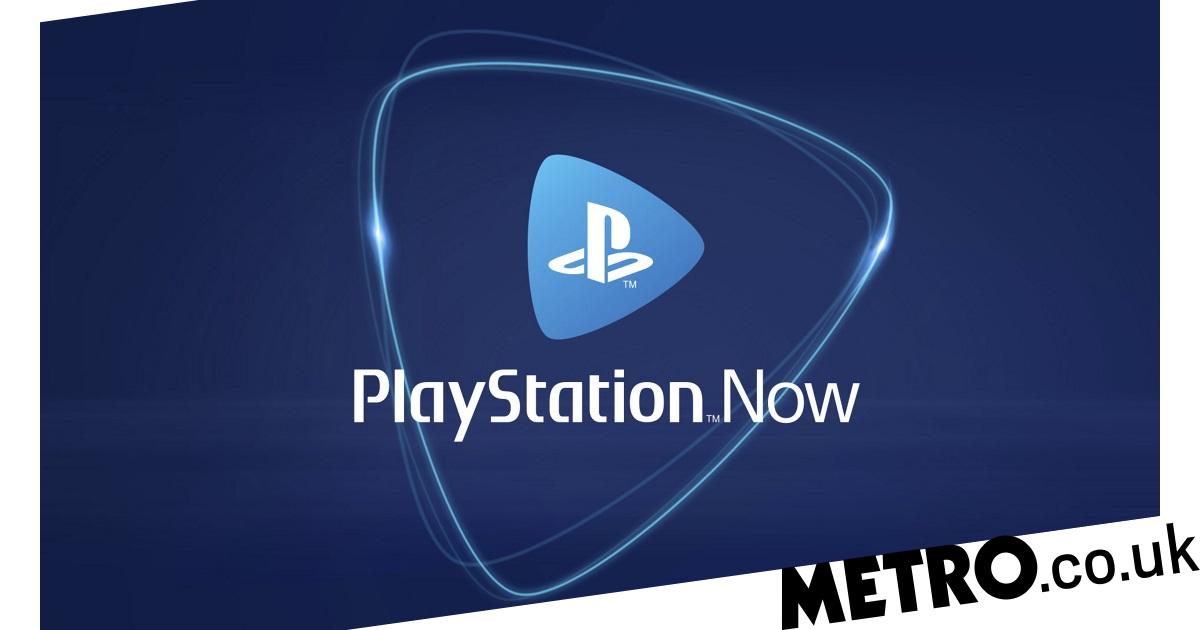 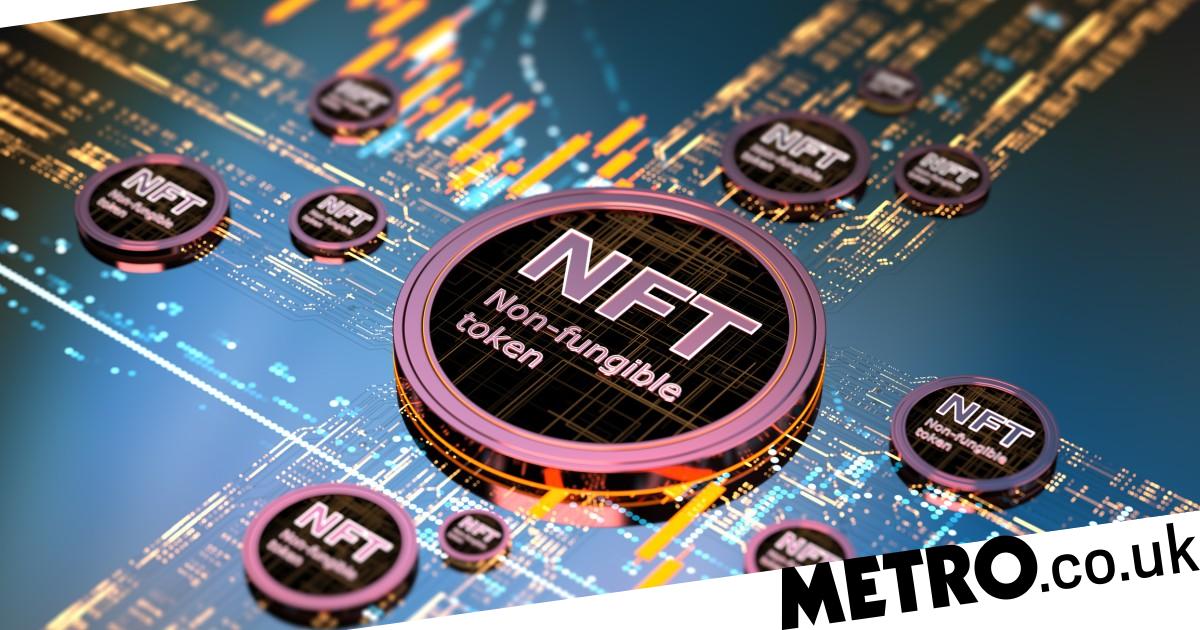