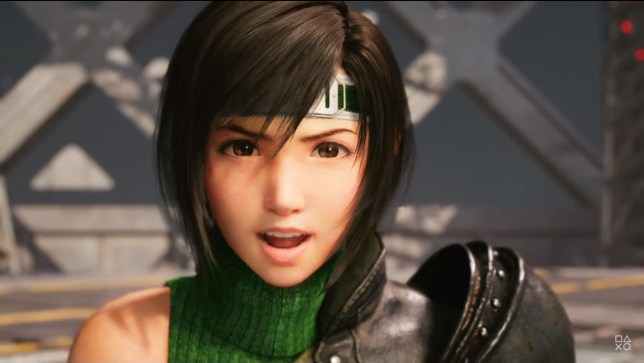 The Thursday Inbox is frustrated at the lack of new Xbox Series X news, as one reader defends Watch Dogs: Legion.

Best case scenario
Although I feel I should be disregarding Final Fantasy 7 Remake Intergrade as a quick cash-in I have to say I really liked the reveal and how they’re handling Yuffie. It’s pretty obvious that a lot of it is reused assets in terms of the backdrops but I’m okay with that. It’s obviously being created as a stop gap before the second part but that begs the question of when will that be released?

I’m going to be optimistic and say that Intergrade will be literally halfway between the first part and the second, so that would put Part 2 on course for early next summer? Too optimistic? I’m not so sure. I don’t think Square Enix will want to leave huge gaps between each part or people are going to lose track of the story and the hype will be squandered.

The first part had some problems, for me the old-fashioned level design in particular, but I thought it turned out much better than I would’ve imagined. I liked how the characters were portrayed and I think the combat system may be the best the series has ever seen. I don’t know what they’re going to do for Final Fantasy 16 but there’s a big danger it’s going to seem like a massive downgrade by comparison.
Onibee

Crazy demo
If the only difference between the Xbox Series X and the PlayStation 5 is going to be 120fps – something which is almost imperceptible to the human eye and even then requires a special TV – I don’t think disappointed is really going to cover things.

What we have been in desperate need of, for coming on two years now, is some kind of demonstration of what the Xbox Series X can do and I feel like I’m living in crazy town that this has not happened yet or the fact that it hasn’t has been treated with such indifference by so many people. The Xbox Series X is £450, are you really buying it so you can play Brute Force at 60fps?!

I thought at last we might be getting some kind of State of Play style event on Thursday but despite the rumours that looks like it’s not happening? I just don’t know what’s going on anymore with Xbox. This goes well beyond the pandemic and turns the whole thing into some kind of weird in-joke that I’m obviously not getting.
Carl

Harsh criticism
I thought the reader writing in about Watch Dogs: Legion was very harsh when he was saying it was just another risk-less cash-in. I had to give credit to Ubisoft because they did try something new for the franchise, and for open world games in general, with the whole recruiting mechanic. Whether they pulled it off successfully is up for debate but at least they tried something different when they could have easily just done Watch Dogs 2 with one main character but set in London.

Also in the Microsoft/Bethesda deal. I respect everyone’s opinion on it but I don’t know why so many people are adamant that it will be one way or another with regards to the likes of Elder Scrolls and Fallout being exclusive, when to me I think it could go either way and still seem a sensible decision by Microsoft; both have benefits and drawbacks.
Angry_Kurt (Twitter)
Now playing: Yakuza: Like A Dragon (Xbox Series X), The Witcher 3 (PC), and Bowser’s Fury (Switch)

Mumsie’s revenge
I see there is a new trailer for a new We Were Here co-op game called We Were Here Forever. I’ve played the first game, co-op with a friend on Xbox, and was just about to play the second and third game with my friend.

Hopefully the fourth game will come to Xbox One, where I have Gold. The first one was like a Crystal Maze type game where you have to solve puzzles with the help of your co-op friend who is in another room. But unlike in Crystal Maze you can die in We Were Here if you don’t solve the puzzle fast enough!
Andrew J.
PS: Surviving Mars is free on PC on Epic Store at 4pm today. It was given away free before on Epic Store but people who missed it before can get it now.

A year of Star Wars
In response to reader Mick’s letter about the best years of gaming, 2005 stuck in my mind because that’s the first year I played Star Wars: Knights Of The Old Republic 2 on PC. A quick look at the very same Wikipedia pages for year-by-year in gaming shows quite a few other crackin’ games in that year too (at least by my own judgement anyway!)

OG Battlefront 2, Republic Commando, and Revenge Of The Sith all hit consoles, and I loved all of them (tho’ to be fair, when I was that age anything with Star Wars on the front I was obsessed with). There was also Spider-Man 2, Need For Speed: Most Wanted, Devil May Cry 3, The Matrix: Path Of Neo, The Warriors and the then GTA Trilogy getting onto Xbox – all of which I’m quite sure took up a significant chunk of my 2005 free time (and 2006 most likely too!)

Probably no definitive answer to the best year for gaming, but 2005 was pretty good from my own perspective!
NL

Fans do what Segadon’t
I’ve had a rough couple of weeks lately, these last few weeks of lockdown are really getting to me but I have to tell you that Teenage Mutant Ninja Turtles: Shredder’s Revenge announcement put a smile on my face that is still there. It looks perfect! Even the intro with the new recording of the theme song is great.

These Dotemu guys clearly know what they’re doing and need to be put in charge of basically ever old school 2D game ever. I want the lot: Sega’s arcade back catalogue, Capcom’s, Namco’s, everyone’s! I bet they could’ve done something much more interesting than Ghosts ‘N Goblins Resurrection for a start.

It reminds me of the Sonic Mania situation where yet again we see that fans of the old games are much better at reinventing them for the modern age than the people and companies that originally made them. That Jet Set Radio clone, Bomb Rush Cyberfunk, looks great too and again it has nothing to do with Sega. So bring it on I say, Gold Axe Resurrection next please!
Crosscut

I was able to buy two 12 months one after another but a third time was blocked. An Underboxer said they tried to buy Gold last year and could buy only one 12 months Gold, not a second.
Simundo

A year of anniversaries
On 25th September of 1986 Sega released OutRun into arcades across the world. This means we have another 35th anniversary to celebrate this year. Possibly a bit too much wishful thinking or even hoping for some of that good old Inbox magic but it would be nice to think Sega might do something to celebrate this.

I would love to see a collection of all the OutRun games. I’d like to see the original OutRun, with Sega really pushing to get the license for the original Ferrari Testarossa, as well as simulating the hydraulic cabinet movement and sounds – just as they did with the 3DS Sega Ages version by M2.

I also want Turbo OutRun in there too. That shouldn’t be too difficult because that was part of the Sega Ages collection but only released in Japan on 3DS. I would also love to see OutRun 2006: Coast 2 Coast and OutRun 2 being part of the compilation. Obviously there’s also OutRunners, Battle Out Run and OutRun Europa too.

What I’d really love to see, and own, is a celebration of OutRun where I have the ability to play all those games in one place with access to multiplayer and split-screen displays in the best possible way. Whilst they are at it, if they can chuck in some unlockable extras like the Master System, PC Engine, and Mega Drive conversions too.

Come on Sega, you’ve got until September…
BADMAFiA72
PS: Currently really enjoying Capcom Arcade Stadium. My Switch is quickly becoming the best arcade I have ever visited!

GC: We would say that we hope this year spells an end to pretending 35 is a significant anniversary, but we’ll make an exception for OutRun – our favourite Sega coin-op.

Inbox also-rans
I’m sure there are many great games I have missed out on but the one that bugs me the most probably isn’t great at all. I saw Telly Addicts for the Wii in CeX for about £1.50 years ago but didn’t buy it, nowadays I get the urge to have a go at a quiz and it annoys me that I didn’t. I’m not sure if it featured a virtual Noel Edmonds or if he was just on the cover.
John Atkinson

Even though Deadly Premonition 2 was a disappointment I still love SWERY, I hope The Good Life turns out good. It certainly sounds good!
Tembo