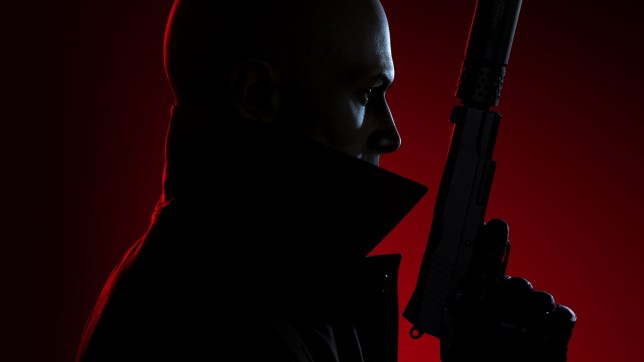 The Monday Inbox is concerned Sony is making the wrong choices in how it competes with Xbox, as a reader mocks the artistry of Pokémon TCG.

Glass half full
So I have to agree with the Reader’s Feature at the weekend that 2021 has not been great so far and isn’t likely to get much better (although a bit, hopefully). However, I would like to look on the bright side and say there have been a few good games so far and to try and celebrate them. Especially as, and I don’t want to freak anyone out here, we are now one quarter of the way through the new year, or will be by Thursday anyway.

I got Monster Hunter Rise on Friday and have been playing it all week and it seems fantastic so far, just as I hoped from playing the demo. I think Capcom has done a fantastic job with the game on the Switch and just goes to show what third parties can achieve on the system when they set their sights as high as Nintendo.

I’ve also enjoyed Hitman 3 and while it’s basically the same as the last two games but with different maps they are amazing maps and as far as I’m concerned this is one of the most consistent trilogies ever seen. I’ve no idea what they’re going to do after this, but this may well be the definitive Hitman for all time.

Now admittedly, after that, the list does start to run thin, but I’ve also enjoyed Capcom Arcade Stadium on the Switch. Super Mario 3D World + Bowser’s Fury seems to have reviewed well too but I haven’t played it as I have the original on the Wii U. Little Nightmares 2 also got very positive reviews and Genesis Noir from Friday seemed intriguing from GC’s review.

So not a big line-up but I’m not sure it’s much worse than usual overall. The problem is you’d expect things to be picking up in March, not getting worse, but just a few more months and hopefully we’ll be in clear. Where have you heard that before, right?
Gadfly

Familiar Call
So Call Of Duty is again rumoured to be going back to WW2, with a seemingly overwhelming number of sources all saying the same basic thing? Given how much Call Of Duty usually leaks I’m going to assume this is basically confirmed at this point and… I’m not interested.

Call Of Duty is in a weird spot at the moment as Warzone is super popular but I don’t get the feeling many people are all that interested in the base multiplayer anymore. Now that Activision had have a successful historical, present day, and near future game, since the disaster of Infinite Warfare, I also get the feeling they don’t quite know what to do next.

They’ve successfully rebooted all three strands of Call Of Duty and now there’s nothing obvious to do but go round again. Personally, I liked the idea of doing an alternative history where WW2 went on beyond 1945. That is one of the less common rumours at the moment and I hope it’s true as it would be something different. I’m not sure I really want to be invading Normandy again, so soon after the last time.
Shaw

Ghost of John Wick
I am really struggling to see what the point of a Ghost Of Tsushima movie is, especially by the director of John Wick. The whole game was basically just a series of nods to classic Japanese movies so could you, you know… not get a Japanese director to work on it? Imagine how it’d be if a Japanese director, based in Japan and only speaking Japanese, made an American Civil War film? At the very least you’d assume they probably wouldn’t get all the nuances of the setting and conflict, no matter how many people were advising them.

And I’ve enjoyed John Wick as much as the next person but the director is an ex-stuntman, all he’s interested in is stunts and action. That really doesn’t seem appropriate to a story like this.

First Sony was sidelining Japanese developers for its PlayStation business and now it’s sidelining Japanese directors for its film business. Someone, Jim Ryan I suppose, seems to really think that being as an American as possible is the secret to success for Sony, presumably as a means to fight back against Microsoft, but it just seems so obviously wrong to me. They’re abandoning what made them different in order to try and copy someone else they were already beating.

Trust the Force
Now that the Future Game Show event has been and gone last week, GC, there seems to be a bit of uproar lately from certain fans and on YouTube, etc. due to there being no official release date of the highly anticipated Lego Star Wars: The Skywalker Saga game? Originally supposed to be released back in October 2020 of last year it was then put back to this spring. And I know we’ve only just begun the new season of spring and spring doesn’t officially end until this June but surely, guys, it’s almost April now and yet Traveller’s Tales and Warner Bros. haven’t even mentioned anything about this particular game at all not even anything regarding any other future delayed dates?!

Also, I noticed in your article last week about new games coming out this year you never mentioned anything about this game either on any of the current consoles? Do you think it will be delayed yet again GC?
JAH

GC: An uproar? Who are they angry at, the coronavirus? The game has no specific release date beyond the first half of the year but, like anything at the moment, even if it did it would be subject to change.

Hobbit unfair
I feel there’s a fundamental problem with doing a Lord Of The Rings game in that they have to emphasise violence and aggression to make an action game and yet that’s the very last thing Tolkien would want to see if he was around. I’d really like to see someone do something a bit more peaceful, that focused on the elves and hobbits and other non-human, non-orcish races.

They don’t figure much in the games because they don’t go around chopping people’s heads off as much but I’d love to see a graphic adventure or something more exploration based in one of these games. It’s a shame that a company like Daedalic, who specialise in adventures, immediately thought they had to do something nastier when they got the licence and I hope, if they have it for multiple games, they try something different next time.
Hobbie

This list doesn’t even include the many releases exclusive to Japan or the arcades. Sega are definitely still relevant and I and many others still enjoy their games.

It’s okay not to like something, after all we all have our preferences. However let’s not pretend that a company has nothing!
Commodore Fan

GC: We mean… almost half that list is re-releases, remasters or remakes?

Bug not a feature
As a gamer and a collector I am genuinely concerned about the issue of the PlayStation 4 battery dying and making it impossible to play games on it. I understand that after some time you can no longer play older games online, but to not even be able to play them offline seems rather cruel and mean. I posted this letter to raise awareness, because if this goes ahead all our PlayStation 3 and 4 consoles will end up in a landfill.

I myself feel this is just another way Sony are going about making everyone buy its latest machine, the PlayStation 5, which is never available.
Mike H

GC: Sony almost certainly didn’t do it on purpose, although that doesn’t necessarily mean they’ll try to fix it either.

Same old plan
I have seen this idea, that Sony is setting itself up for a fall with its current attitude a number of times now, most recently with the Reader’s Feature on Saturday. At first I thought people were just being silly but the more I see Microsoft gaining ground with Game Pass and, presumably xCloud streaming, the more I begin to see the point, for the simple fact that Sony doesn’t seem to be reacting to any of this.

The coronavirus makes it difficult to tell what any publisher’s intentions are at the moment but it’s hard not to read Sony’s current stance as indifference towards what Microsoft is doing. Which in turn seems like arrogance. This isn’t Microsoft gaining ground because it’s got a new exclusive or better hardware, both things Sony has countered many times before, it’s Microsoft doing better by spending their way out of trouble – which Sony fundamentally, as a company, cannot do anything about.

Even if Sony were to announce a dozen amazing, AAA games tomorrow that still wouldn’t do anything to undermine what Microsoft’s doing and they’re not even doing that. Sure, the PlayStation 5 is selling well, better than Xbox Series X, but even to me that seems a very short term way of looking at things.

As others have said, we need both Microsoft and Sony (and Nintendo) to be strong so that they can keep each other their tons but if Microsoft is going to brute force a win this gen that’s not going to happen. And, worse, it’s going to happen because Sony thought they could just repeat their game plan from last gen and not try anything new.
Coultard

Inbox also-rans
Although I agree a lot with the Reader’s Feature about Sony at the weekend I think they’re wrong to dismiss Sony’s efforts with VR. No company beyond Oculus has done more and I’m really glad they’ve announced a new VR headset for PS5.
Wrangler

The thing I never got about Pokémon Trading Card Game is why the illustrations were so bad, half of them look like a kid drew them. Or is that the point?
Onibee

This week’s Hot Topic
The subject for this weekend’s Inbox was inspired by reader Bacon, who asks which retro video game would you most like to see get a boost from next gen emulation?

The FPS Boost, which increases the frame rate to 60fps, has already proven popular on Xbox Series X but isn’t available for all games and there’s no direct equivalent on PlayStation 5. Other upgrades can include higher resolution and the removal of issues like screen tearing, so which older game, from the PS1 era onwards, would you most like to see get an automatic remaster?

How important do you feel this sort of enhanced backwards compatibility is and how much of an advantage do you feel it gives Microsoft over Sony?