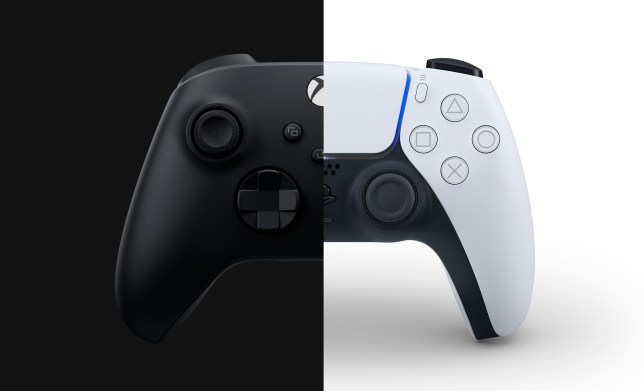 Sony won the first battle but will they win the war? (pic: Metro)

The Thursday Inbox is sick of bad video game movies, as one reader hopes Naughty Dog don’t make The Last Of Us Part 3.

No place for complacency
Sony and Microsoft both doing well with their new consoles is clearly good for everyone. Equal competition usually brings the best results… and different approaches. However, I’m not convinced that Microsoft’s finances are quite as good as they’d like to pretend. It’s a pretty big red flag when they won’t say how much profit they made or how many consoles they sold.

I mean, those are the only two things that really matter. Who cares if the had $5 billion in sales if they ended up making -$10 billion in profit, because of the cost of buying all these companies and keeping Game Pass running. We get it, they’re a rich company, but shareholders don’t like to see money going into a black hole like this and sooner or later they’ve got to start making money. I just hope that isn’t after they’ve bought up, or brought down, the rest of the games industry.

Sony’s report card looked better overall, and at least they didn’t keep anything secret, but their problem is they don’t have any clear game plan other than making more games. I really don’t see that getting them through the whole generation, not with Microsoft on the warpath as they are.

They’ve both had a good start, but this is no place for complacency. In previous generations you’d say that Sony already had this console war beaten but I don’t think things are going to work out that simple at all.
Stosh

Teach a dog a new trick
I really hope Naughty Dog’s next game is not The Last Of Us Part 3. I know it was left somewhat open-ended but only in the sense that not every single character was dead. You could continue it but I really don’t see the need. It is impossible, with any semblance of good writing, to redeem Ellie and personally I feel all the characters have said what needs to be said in terms of the overall themes of the series.

I do like The Last Of Us, they’re superbly crafted games, but I think Naughty Dog are getting high on their own reputation. Especially as you can pretty much guarantee that if they did do another one the gameplay would still be almost exactly the same, just as it’s also very similar to Uncharted.

I’d much rather they make something new, in terms of tone and gameplay. And that absolutely does not mean Jak And Daxter. Those games sucked when they were new, let alone now.
Zub

Hidden gem
I feel like Nioh 2 doesn’t get talked about enough, especially when people are talking about exclusive PlayStation games. I’ve just completed it, and I have to say it’s been one of my favourite games of recent years.

The combat is absolutely top notch, maybe the best combat in any game I’ve played. The game is a bit too long, and I feel if they had made it less bloated, it would be a 10/10 game. However, the combat carries it for me, and it never got to be too much of a slog. Even though I’ve played it for 90 hours, I was sad when it was over. Great game.

I look forward to whatever Team Ninja do next.
Mud

GC: We agree on all counts. Although, as it happens, they announced just this week that sales had passed 2 million, which isn’t bad.

Demon’s magic
After getting sick of hearing various video game enthusiasts and journalists wax lyrical about Demon’s Souls, I finally took the plunge after seeing it for £30 on the second-hand market.

So far I’m not sure. I think I enjoy it but not sure, if that makes sense. It looks great on the PlayStation 5 and the sound design is exemplary. Possibly the best use of 3D audio so far, finally a game that begins to validate my purchase of the Sony Pulse 3D headphones. After a number of attempts to get to grip with things I actually started to progress but then died only to reset the progress I had made.

I don’t think I realised you had to complete a whole level without dying otherwise you go back to the start. I do want to persevere though as I did feel a certain amount of satisfaction to progress even just a small amount.

Just a question though. I started my playthrough with the Royalty class, as I’d heard this is the best class for newcomers. However, I’ve not really been using the magic staff/wand thing sticking instead to the sword/shield combo. Is that a different class that would suit this playstyle?
matc7884

GC: Yeah, we wouldn’t start off focusing on magic. Temple Knight is probably the best pick to start with – it’s a bit of an all-rounder but there is an emphasis on melee combat.

Opposites do not attract
I had a grumble on the subject of how terrible movie adaptions of video games are a few weeks ago but having decided to endure the expected mediocrity of Mortal Kombat I feel almost duty bound to re-iterate how feeble nearly every attempt is. I enjoy seeking out the obscure or the so-bad-it’s-good movie. It’s led me to horror classics like Xtro and Street Trash but you do have to sift through some god awful rubbish to get there. Video game movies however, are all god awful and not a single one even rises above the woeful to swim next to a B-movie.

What’s all the more galling is that video games have some of the most emotionally engaging experiences in any art form. Journey and the Team Ico trilogy alone are a justification, let alone the wonderful hidden narrative of Bloodborne, the maturation of Kratos as a father in God Of War or even little indie gems like A Short Hike.

It can easily cope without this endless obsession in assuming that the public are in desperate need of a movie. One shouldn’t accuse viewers who derive some enjoyment from them of being buffoons but I simply cannot see the rationale behind the decision making. Surely Sonic coexisting with humans was a bad enough in the 3D games?
Andee

GC: Games gain their emotional engagement from being interactive, despite usually very simplistic storytelling. That’s the opposite of movies – we wish Hollywood producers would realise that.

What a start! This is just what I wanted to see!
Sony and Xbox are having a fantastic start to sales this gen. Xbox didn’t go into much about Game Pass making a profit, I could see Game Pass going up to £19.99 a month and it still would be worth every penny. Don’t get me wrong, most of the games on Game Pass are from the Xbox 360 but £20 a month for hundreds of games isn’t bad, even if they are last gen at the moment. And with Xbox Series X upgrading the old games you can’t moan.

As for Sony, they need to do a pass of some sort and they need to do Days Gone 2. A profit is a profit, I’d rather make a fiver than get nothing.
David
PS: RE: SatansTherapist’s. The Samsung Q950T does have rear upwards firing speakers.

Don’t rush me
Am I the only one that watched the Resident Evil 4 Quest VR demo and wondered if the tech could be brought to Metroid Prime? Anyone? Come on Nintendo. We are here waiting to give you money. Alright, I know it’s not nearly as simple as that but one can only dream.

I hope the developers take the time to craft an amazing experience regarding the fourth Prime entry. That point aside, the one game that would truly be amazing in VR, or even just a remake, is Eternal Darkness. I’m not even going into that topic. Some folka will know, some folk won’t. My green bar is fading and there is a goose in my slipper and I am now one foot tall.
D Dubya

GC: Well, they’re certainly taking their time with Metroid Prime 4. So you’ve got half your wish already.

Low confidence
Am I the only one that has zero confidence that Bethesda has learnt their lesson about bugs? To my knowledge they’ve never acknowledged they even have a problem (same with the character faces, because I remember GC asking them about it) and if they don’t think there’s an issue they’re not going to fix anything.

Microsoft also seems to have convinced themselves that Bethesda are the best developer in the world and that they shouldn’t interfere with them at all. It’s like when you buy something really expensive, that you know you shouldn’t have really, and you’re trying to convince yourself that it was totally worth the money.

If Starfield comes out and it’s full of bugs at launch the whole buyout will have been a total waste. Microsoft has already proved they don’t need any exclusives to do well. What they don’t need even more is bad or broken exclusives. GC was right that Microsoft has yet to prove themselves in the way they handle exclusives and I’m not even close to being convinced they know what they they’re doing yet.
Krusty

Inbox also-rans
Nice New Pokémon Snap review, GC. It’s good to see a new game you can get your teeth into with a review, instead of just well meaning indie stuff. You’d almost call it busy the next few weeks, looking forward to your Resident Evil Village review!
Gonch

GC: Thanks. And yes, it’s getting relatively busy now, with Returnal’s embargo breaking this afternoon.

This week’s Hot Topic
The subject for this weekend’s Inbox was suggested by reader Watson, who asks you to imagine a brand new fighting game featuring your favourite characters.

If you could create a fighting game featuring existing characters from another game, film, TV show, or comic what would it be and how would it work? Do you think there’s any genuine chance of it happening and do you honestly feel it’d make for a good game?

You can include crossover ideas like Marvel Vs. Capcom, as well as an equivalent of Super Smash Bros., but try to make your suggestion relatively grounded, with a manageable roster of characters and plausible moves and features.

Is Hulu available in the UK?