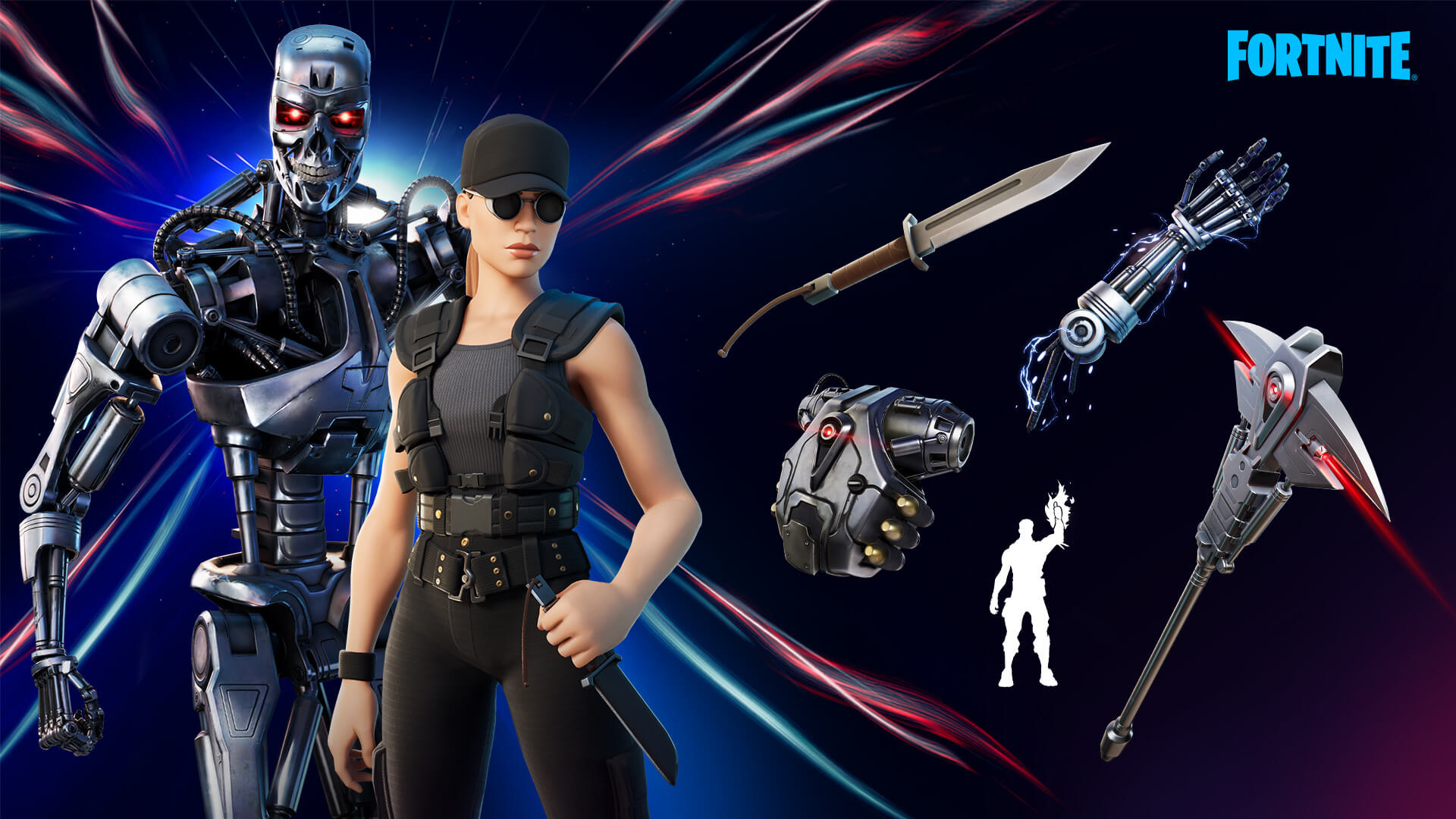 Epic Games has split the Terminator timeline once more by bringing both the T-800 and Sarah Connor into Fortnite.

It’s only been a day since Epic Games added the Predator to Fortnite and it’s already followed up with another major movie crossover.

Epic did post a pretty obvious teaser yesterday, but it’s been confirmed that the T-800 and Sarah Connor from the Terminator franchise are the newest skins available in the in-game Item Shop.

Connor comes with two different variants, as well as a combat knife and T-800 Endoskeleton Arm Back Bling. As for the T-800, it wields a Techno-Grip Axe and has a HK Sky Net Uplink Back Bling, as well as a built-in emote.

The T-800 is the perfect fit for this hunter-themed season of Fortnite, given its original purpose in the first movie was to hunt down and kill Connor.

But the announcement trailer shows Fortnite’s Jonesy appearing at the end of Terminator 2 to rescue the more heroic T-800 (because the Terminator franchise’s timeline wasn’t confusing enough).

Unfortunately, there is no option to have the T-800 resemble Arnold Schwarzenegger. Perhaps Epic couldn’t obtain the rights to his likeness.

While this is bound to excite some fans, it seems to disprove the theory that the next skin would be Lara Croft from the Tomb Raider games. Though with how many characters have now popped up in Fortnite, it doesn’t entirely rule her out from being included in the future.

You’ve also got to wonder at what point the now seemingly inevitable Aliens crossover is going to happen, given the Predator, Terminator, and Alien have all met up in various comic series before. RoboCop is probably a good bet at some point too.