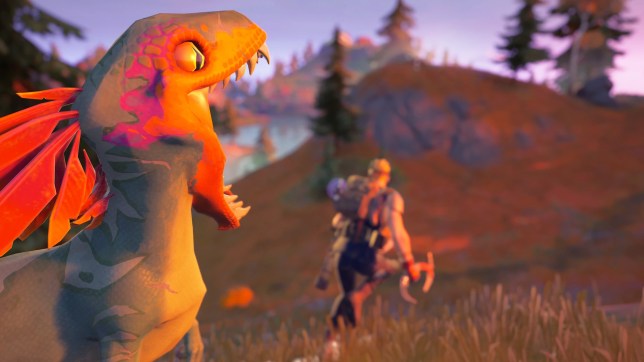 The latest update to Fortnite brings vicious raptors to the island and the beginning of the game’s first ever Easter event.

With Fortnite Season 6 having a wilderness theme, there are several animals running around the map to be hunted for materials or tamed to help you fight back against other players.

Originally, the wildlife consisted of chickens, frogs, wolves, and boars (the latter two being the only ones that could be tamed) but today’s new update has brought dinosaurs to the island, specifically raptors.

They’re fast and vicious, capable of taking you out with only a few bites, and can sometimes be spotted in small packs.

If you manage to find one on its lonesome, it might be worth trying to bring it over to your side.

Yes, just like the wolves and boars, raptors can be tamed.

You will need a Hunter’s Cloak to do so but chances are you’ve already made at least one of them by now. If you haven’t, it only requires two Animal Bones and one piece of Meat.

Once tamed, the raptors will not only attack other players, but you can ride them as well. And given their speed, raptors are perfect for getting you to your next destination ASAP.

Raptors aren’t the only thing to have arrived on the island. It’s been reported that Easter eggs have been added as a new consumable, no doubt to tie in with the new Easter event that’s started today.

Called Spring Breakout, it naturally comes with a bunch of new, themed cosmetic items and a new competition which starts on April 2. It’s a Duos competition so you’ll need a partner to participate, and the best performing players will unlock one of the new skins early.