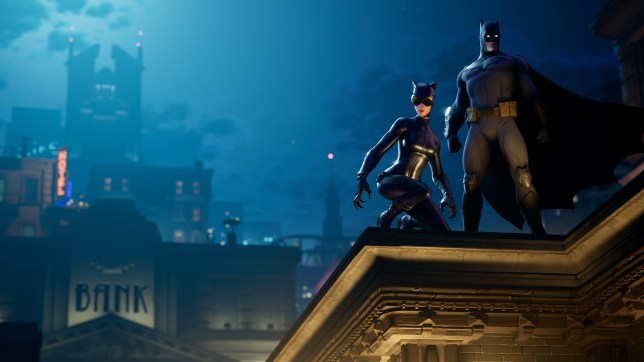 The upcoming Batman/Fortnite comic may not be foreshadowing a DC themed Season 6 after all (Pic: Epic Games)

Recent rumours have suggested that Fortnite Season 6 will be all about DC, but a couple of reliable leakers have shut that theory down.

With the previous Fortnite season being themed entirely around the Marvel universe, even culminating with a final battle against planet eater Galactus, it’s easy to believe that Epic Games will eventually do something similar with DC.

Some fans have theorised that it will happen with the upcoming Season 6, which is expected to start on Tuesday, March 16. However, a prominent Fortnite leaker is insisting that this won’t be the case.

YouTuber Tabor Hill recently posted a video discussing the teaser image for Season 6, where he addressed the theories of a DC season and Battle Pass and why it won’t happen this time.

His first point is that Epic wouldn’t do another comic book superhero themed season so soon after the Marvel one. His second point concerns the upcoming Fortnite/Batman comic crossover, which has been a key piece of evidence used to support the DC season theory.

According to Tabor, the comic doesn’t come out until April 12, almost a month after Season 6 starts. His argument is that it wouldn’t make sense to start a DC or Batman Fortnite season when players don’t yet know any of the story details from the comic.

Tabor has apparently been a reliable source of info in the past and his comments have been shared by other prominent leakers such as ShiinaBR (who has consistently leaked previous crossovers like the Street Fighter and Alien ones). Although it’s not clear whether this is information he has directly received/uncovered or is just a personal theory.

This was confirmed by @TaborTimeYT, who is known for correctly leaking a lot of Fortnite information in the past.

Assuming he is correct, that doesn’t mean a DC themed season won’t happen at all. Fortnite already features plenty of DC skins of various heroes and villains, like Batman, Aquaman, and the Joker, so Epic and DC clearly have a strong working relationship.

One thing we do know is that Season 6 will kick-off with a single-player event, which is a first for Fortnite, that will let you experience the end of Agent Jonesy’s mysterious reality-hopping mission.

I learnt about my vulva in lockdown. You should, too