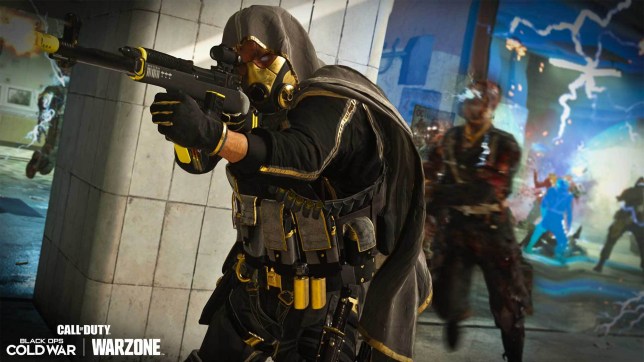 Just as promised, Warzone’s Verdansk map has been nuked, as a part of the end of season event on Wednesday night, and it’ll be a good few hours util the new version is up and running.

There are already official hints as to what it’ll look like though, with the teaser site featuring images that show changes to many of the landmarks, such as the airport, stadium, and hospital.

You have to enter the onscreen codes that appear to see the images, and they’re not very clear, but they seem to show that the map layout is still fundamentally the same – reinforcing existing rumours that it’s now set in the 80s.

When does Call Of Duty: Warzone Season 3 begin?

The codes you need to see the images are as follows or you could just wait until tonight, to see everything for yourself.

Technically Season 3 has already started but the new Verdansk map is not expected to be available until around 8pm BST on Thursday, April 22. These timings are never exact though so the switchover could be slightly later than that.

The supposed 80s theme is meant as a tie-in to Call Of Duty: Black Ops Cold War, something that was meant to happen much sooner than this but was delayed because of the pandemic.

The idea is that each new Call Of Duty game will also influence Warzone, but thanks to the coronavirus Activision’s plans are currently running behind schedule.

Rebirth Island has also changed, with the addition of a new building called the Command Center (where the construction area used to be) and the ability to play at night, but it didn’t get nuked so the changes are less extreme.

It’s described as taking place 15 minutes after the nuke event, so unless that’s something that changes tonight the two maps may now be taking place in different time periods.

Since Activision isn’t saying exactly what’s happening it’s possible there may be more surprises when Verdansk returns tonight but the patch notes for Season 3 have already been released.

The new maps start with Yamantau and Diesel, with Standoff from Black Ops 2 appearing mid-season, alongside the Duga map from Outbreak mode.

Other changes include the return of Sticks and Stones mode from the original Black Ops and a new Strafe Run scorestreak. Plus, a new cargo truck vehicle and the toxic growth field upgrade for Outbreak and other Zombies maps.

From the ashes. Updated protocol: