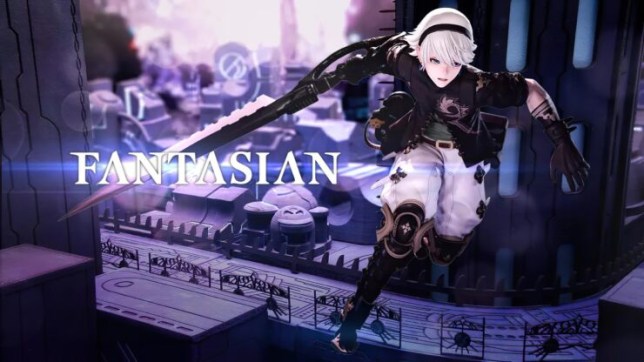 Hironobu Sakaguchi and his studio Mistwalker have returned, with new JRPG Fantasian featuring a soundtrack by Nobuo Uematsu.

Many talented people have been involved in the creation and evolution of the Final Fantasy franchise over the years, but original director Hironobu Sakaguchi is affectionally viewed as the franchise’s progenitor.

He left Square in 2003, just before they became Square Enix, and established his own studio Mistwalker, where’s he’s made games such as Blue Dragon, Lost Odyssey, and The Last Story.

Despite The Last Story in particular being very good none were major hits and since then Mistwalker has only made smaller scale mobile games. Fantasian is also a mobile title but with considerably greater ambitions.

Fantasian will initially be released only via Apple Arcade, which means the only formats you’ll be able to play it on are iOS, Mac, and Apple TV.

That’s no doubt involved some kind of financing deal from Apple but also makes sense given the current state of gaming in Japan, where the PlayStation brand is struggling and the only successful console is the Nintendo Switch.

That’s not the only way in which Fantasian is different though, as rather than computer-generated backdrops the game world is made up of over 150 handmade dioramas, on which the 3D characters move about.

That may sound odd (although 2014’s Lumino City tried something similar) but as you can see from the videos it looks great and pleasingly different from the norm – while also being reminiscent of box art and manuals from the 16-bit era.

Sakaguchi has also brought in his old friend, and fellow Final Fantasy veteran, Nobuo Uematsu to do the soundtrack, so this is clearly shaping up to be a must-have for any Japanese role-playing fan.

The story revolves around a character called Leo who, after an explosion, wakes up with amnesia (natch) in a world being overtaken by machines. What exactly is going on is not clear but apparently it involves a ‘multi-dimensional universe’ and the balance of ‘chaos and order’.

Despite the formats it will be appearing on, Fantasian is described as a console-like experience and both an ode to old school Japanese role-players and a means to move the genre forward.

Although the game has only been revealed now Sakaguchi has been known to be working on a major new title for the last several years and so the game is now due out this year.

In an interview with GameSpot, Sakaguchi doesn’t reveal much more but he did have some interesting comments to make about Final Fantasy 7 Remake and other recent entries in the franchise.

‘They really pushed the boundaries in terms of visual expression and fidelity as a form of storytelling. I see everyone just working really, really hard on this franchise and it really just makes me very happy to see that.’

Sakaguchi seems to feel that modern Final Fantasy is in safe hands but Fantasian already looks like a game that he could only have been made by striking out on his own.