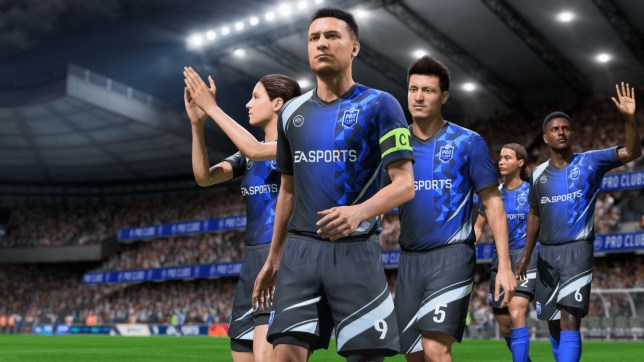 If nobody can play it, then nobody can cheat so, in a way, it’s doing its job (pic: EA)

EA’s brand new anti-cheat software is causing more issues than it solves by preventing people from playing FIFA 23 on PC.

While some fans were able to start playing it earlier this week, today marks FIFA 23’s official launch. Unfortunately for EA, however, said launch has not been smooth for the PC version.

Many PC users have been unable to boot the game on Steam or via EA Origin, greeted only with error messages. What’s worse is that the problem seems to be directly tied to the game’s anti-cheat software.

EA announced earlier this month that FIFA 23 would be the first game to feature the company’s own in-house anti-cheat software. So, the very thing meant to make things easier for players is preventing them from accessing the game.

The exact details and cause of the error remain unexplained, but EA is at least aware of the situation.

From the sound of things, this isn’t something that’s just cropped up. Players were experiencing this problem even during the early access period.

An EA forum post from this past Wednesday reads ‘Our investigation into the EA anti-cheat errors continues and the information provided by players thus far has been invaluable to our investigation teams so far.’

The public launch has clearly only made the issue more widely known, leaving players naturally frustrated.

In a more recent update shared via Steam, EA says it’s no longer asking for player logs about the error messages and that it is trying to get it fixed ASAP.

All it can do for now is provide potential workarounds, which can be found on EA’s website and are mostly simple suggestions like reinstalling the anti-cheat software.

Still, this isn’t the only issue players have with the PC release. User reviews on Steam are currently overwhelmingly negative, for the simple fact that many can’t even start playing the game.

Other complaints include it being poorly optimised for PC, with lag during menus, plenty of visual bugs, and issues with connecting to the game’s servers for online play.

Southampton: Hunt for flasher with ‘fake beard’ who exposed himself