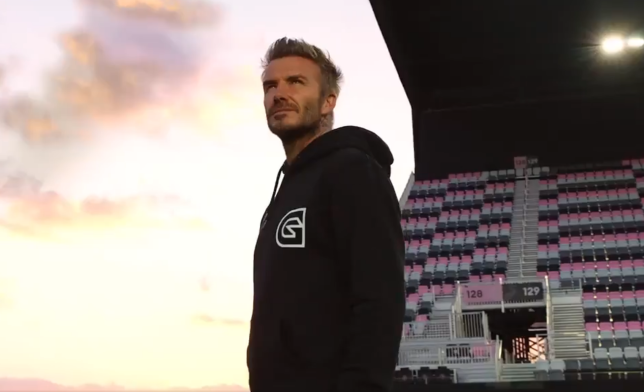 David Beckham might have hung up his boots several years ago, but his footballing prowess will forever live on in the FIFA video game.

Beckham invested in a new esports organisation called Guild Esports last year, and they have been busy leveraging his star power to try and build a following.

Some of Guild’s professional FIFA players submitted some of their best goals using his in-game likeness for ‘Golden Balls’ to critique, and he gave his reactions in a video posted to Twitter.

FIFA’s Ultimate Team mode allows players to build their dream team of stars, and Beckham is one of the ‘Icons’ included in the game, featuring former players in their prime.

Standing in the middle of Inter Miami’s football pitch, the Major League Soccer team which Beckham owns, the former Manchester United, Real Madrid, and England star watched the replays on the big screen.

Pro player Niklas ‘NRaseck’ Raseck was first up, dragging the ball back on the edge of the box and curling it into the corner.

Beckham said: ‘I’m not sure I’ve got that skill in the bag, but I’ve got the finish that’s for sure. My boys are being too kind to me.’

The next goal featured some outrageous keepy-ups from the digital Beckham before lobbing the keeper, prompting the real version to say ‘I wouldn’t showboat like that, but I would finish it like that… I scored a goal against West Ham like that.’

Beckham was a free-kick specialist in his playing days, and Guild content creator Thomas ‘TN25’ Ngegba showed EA Sports programmed his famous strike into the game perfectly with a top corner beauty.

Becks said: ‘That’s exactly where I would’ve put it,’ before congratulating the players on a job well done.

Beyond FIFA, Guild competes in Fortnite, Rocket League, and Valorant, and they are looking to make a name for themselves as a big player in the UK esports scene.