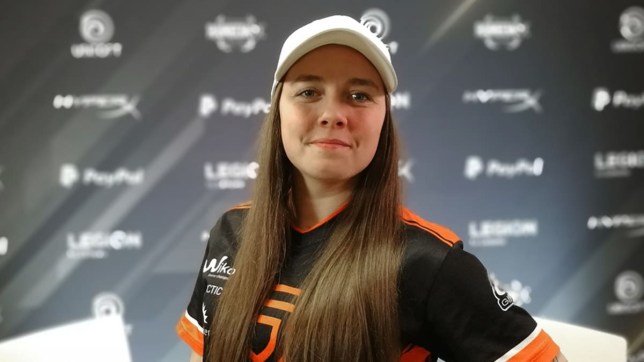 Rainbow Six Siege has got too toxic for Jess

One of the top female casters and streamers for Rainbow Six Siege has warned the game is at a ‘crossroads’ as levels of toxicity increase.

She may be one of the most experienced commentators and streamers for the game, but Jessica ‘Jess’ Bolden has warned she may never return to Rainbow Six Siege after being threatened with ‘severe sexual assault’ and other toxic behaviour.

Bolden, an Australian, posted a video on Twitter explaining the situation, saying that, ‘it’s become almost impossible for me to stream in the Oceanic region’.

‘Toxicity is a nightmare. If you were watching today, I got threatened with severe sexual assault. The N-word was raining left, right and centre’, she said.

‘It’s very hard to keep it together when every game you have someone refusing to play as a team and inciting toxic behaviour’, she added. ‘It’s become almost impossible to stream this game without feeling like it’s taking a toll on me’.

Holden suggested that Ubisoft were at a ‘crossroads’ with Rainbow Six Siege and that it had become increasingly difficult for known figures such as herself to play due to stream snipers and other disruptive behaviour.

Ninja made similar complaints recently about Fortnite, which he also vowed never to play again due to stream snipers – who watch a streamer play online so they can see exactly where they are and what they’re doing.

Although Holden hasn’t ruled out returning to the game at some point, she has implied that in the meantime she may switch to other first person shooter games.

Fellow caster Parker ‘Interro’ Mackay immediately came out in support of her, agreeing that, ‘stream sniping is at an all-time high and toxicity has exploded’.

Describing the community as ‘dreadful’ he added, ‘I don’t get it and don’t know what can be done to fix it.’

I feel for Ubisoft because they’re at a crossroads really. They have multiple systems in the works to help combat, but even then it won’t avoid queue snipers or using mic and people identifying me and acting accordingly. I just wish I was back in EU where it’s easier with delay.