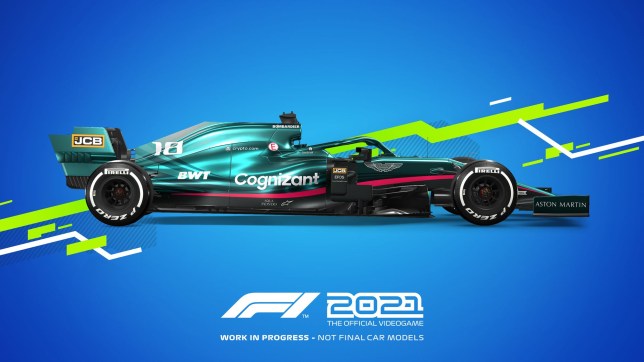 The first new game since EA bought Codemasters will include three new circuits and a two-player career mode for last and current gen.

It’s only been four months since EA revealed they were buying British racing developer Codemasters and, such is the timetable for Formula 1, they’ve already announced their first game.

F1 2021 (the name for F1 games is always the current year, unlike most other sports games) will launch on July 16 and for the first time will be released with specific Xbox Series X/S and PlayStation 5 versions, as well as Xbox One, PlayStation 4, and PC.

The trailer below doesn’t have any gameplay footage, and there are no screenshots, which is a bit odd when you’re only three months out, but Codemasters are promising a new story mode, two-player Career mode, and three new circuits in Portimão, Imola, and Jeddah – although they’ll only be added as free DLC after launch.

Codemasters’ F1 games have been consistently well received, especially last year’s F1 2020, so hopefully EA’s involvement and the coronavirus won’t interfere too much with that.

The new story mode is called Braking Point (really) and sees you battle your way from Formula 2 to Formula 1, complete with lots of soapy melodrama and the return of Devon Butler from F1 2019.

The two-player career mode allows you to play co-operatively on the same team or act as rivals while in the same race. You’ll also be able to start at any point in the season you want and make use of a range of driving assists.

There’s nothing specific about the difference the next gen consoles will make though, beyond a ‘visual uplift’ and faster loading times.

Big Samsung Galaxy Buds+ deal is BETTER than half price