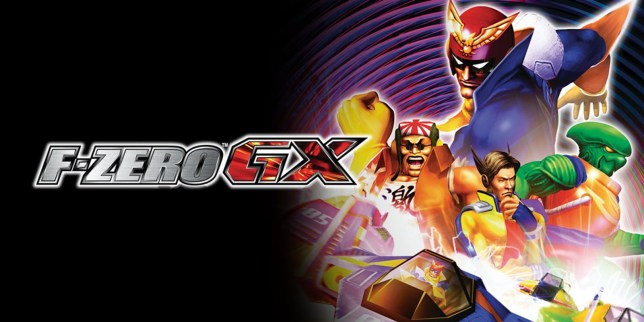 Seriously, just re-release the GameCube game and fans will snap it up (Pic: Nintendo)

The former producer for the F-Zero series doesn’t believe it’s dead, but its return may be difficult to pull off.

It has been nearly two decades since the last F-Zero game and, despite constant demands from fans, the futuristic, high-speed racing series has barely been acknowledged by Nintendo in all that time.

Many would argue that the series is effectively dead at this point, but the now-retired Takaya Imamura, who worked on the F-Zero series as an artist, designer, and producer, believes that a new game is entirely possible. However, he does admit it wouldn’t be easy.

‘I’ve thought about it many times, but without a grand new idea, it’s hard to bring it back,’ he said during an interview with IGN, via VGC, adding that the series isn’t dead despite the lack of any games and his own departure from Nintendo.

Given how Nintendo is rarely content with releasing a sequel that’s just more of the same, it’s likely that one of the reasons it hasn’t made a new game is because it has yet to come up with, as Imamura puts it, a ‘grand new idea’ for such a project.

This matches up with Shigeru Miyamoto’s own comments from a 2012 interview with French outlet Gamekult. A Twitter poll revealed that F-Zero was the series French fans missed most, to which Miyamoto reacted with surprise.

‘There have been several games [in the series], but I find that the series has not changed much. I told myself that people must, on the contrary, be tired of it.’

‘I would like to ask these people: why F-Zero? What are you missing that we haven’t done yet?’, he added.

That said, fans would likely be just as content with a remaster or re-release of one of the previous games. 2003’s F-Zero GX for the GameCube is probably the most popular candidate as it was the last entry on a home console and widely regarded as the best in the series. Imamura even refers to it as the ‘ultimate F-Zero.’

The series’ legacy is still felt to this day thanks to its main character, Captain Falcon, who Imamura himself designed. Falcon has been a mainstay of the crossover fighting series Super Smash Bros. since the original N64 game and his over-the-top personality, voice, and fighting moves (particularly the Falcon Punch) have made him a fan favourite, even with those who have never played an F-Zero game.

F-Zero has also been acknowledged in Mario Kart 8, with two racetracks inspired by the series, as well as a kart made to resemble Captain Falcon’s own vehicle, the Blue Falcon.

There was apparently talk of a new game being made for the Wii U and Nintendo even asked EA’s Criterion Studios to develop it. Criterion’s work on the Burnout and Need For Speed games made them a perfect fit, but plans ultimately fell through.

Stunning cliff-side home with bathroom carved out of CAVE network visited by Prince Charles and Diana on sale for £1.5m