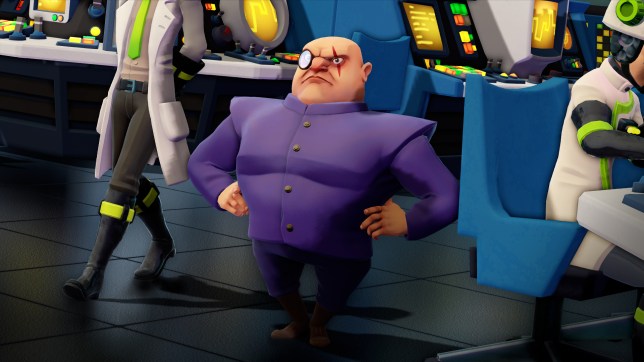 Evil Genius 2 – take over the world this March (pic: Rebellion)

The sequel to Evil Genius will be out in just two months’ time, allowing you to become the James Bond villain you’ve always dreamed of.

It’s been 17 years since the release of the original Evil Genius and now, finally, there is a sequel. Or rather there will be on March 30.

The PC-only strategy game will be released on Steam just before Easter and is essentially a James Bond supervillain simulator, as you take control of your own secret lair and manage a workforce of minions.

The original game was heavily influenced by Bullfrog classic Dungeon Keeper and in a similar manner works as both a business simulator and a parody of the whole superspy genre, as you fight to keep out heroes and take over the world.

Sniper Elite makers Rebellion bought the franchise a while back and we spoke to lead designer Richard Edwards last year, about how he got so excited about the prospect of working on the sequel that he fainted during his interview – so it seems fair to imagine the new game is in safe hands.

The concept for the sequel is largely the same as before, except now you’ve got four separate campaigns for each villain and three different island locations, which use a casino resort as a front for the villainous lair beneath.

The tone is just as much Austin Powers as James Bond, with lots of bizarre traps that favour things like a ‘Venus Spy-Trap’ rather than anything more straightforward.

Rebellion has hinted that a console version might be coming in the future, but nothing has been announced yet and will probably depend on how the PC version does.

But given people are still playing the original game after all this time suggests that it already has a built-in and very eager audience.