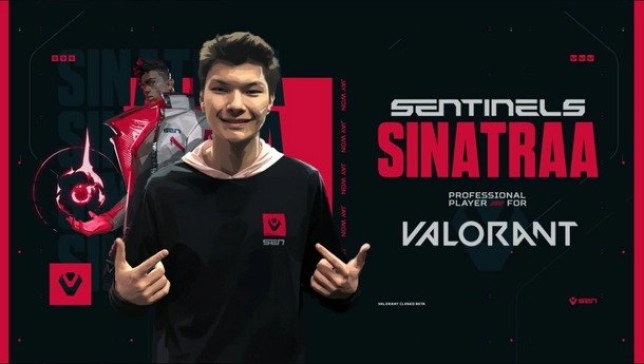 The Sentinels have reacted very quickly to the allegations

A top Valorant player has been accused of being a ‘liar’ and ‘manipulator’ by his ex-girlfriend, as the Overwatch League offers refunds for his DLC.

Esports team the Sentinels has been rocked by allegations that Valorant player Jay ‘Sinatraa’ Won mistreated his girlfriend Cleo Hernandez.

Won has denied the allegations but says that he is ‘fully co-operating’ with investigators, with his team the Sentinels announcing that he has been suspended until the internal investigation is complete.

Riot Games, makers of Valorant, have also suspended him, meaning that he cannot compete in the first weekend of the Valorant Champions Tour 2021: North America Stage 1 Masters while their own investigations are ongoing.

We are aware of the current situation regarding Jay âSinatraaâ Won and have launched an investigation internally. While the investigation is pending, he is suspended from the team.

We will provide a further update once the investigation has concluded.

In addition, the Overwatch League is now offering refunds for the ‘Alien’ Overwatch League MVP skin, which was created to commemorate Won’s success with the San Francisco Shock during the 2019 season.

Hernandez alleges that Won left her ‘crying in the bathroom’ multiple times and also describes how Won would constantly check her location via his phone and would often accuse her of cheating and force her to beg him not to break up with her.

‘Spent over a year of my life in therapy trying to heal myself and get back what he took from me’, says Hernandez. ‘Had nightmares about it, and countless nights where I lay in bed and wonder what I did to deserve what he did to me’.

In Won’s statement he suggests that Hernandez, ‘recalls our relationship differently than I do’.

He claims to have provided investigators with longer versions of audio and video clips highlighted by Hernandez but states that, ‘What we do agree on is that it was unhealthy for the both of us. I apologise to Cleo and regret how things ended, but I never assaulted her in any way.’