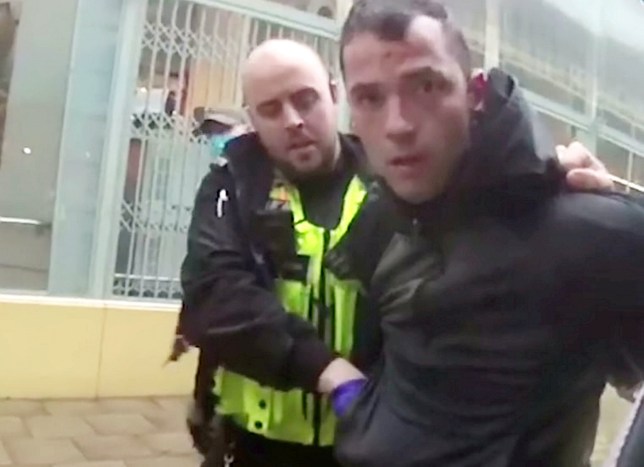 The face says it all (pic: WMP/SWNS)

West Midlands Police has branded the fugitive as ‘idiotic’ for risking arrest in order to buy a copy of Call Of Duty.

Call Of Duty has already proven to be incredibly popular and a massive financial success for Activision. In fact, it’s so popular, an escaped convict apparently couldn’t help but risk being caught trying to buy a copy.

West Midlands Police reports that Clint Butler, aged 36, had been spotted in Birmingham city centre with a friend back in January. When approached and asked why he was out during lockdown, he and his friend replied, ‘I’ve come to get the new Call Of Duty because I can’t sit around in lockdown.’

When an officer said he would check Butler’s details, he attacked the officer, but was eventually handcuffed and arrested after being incapacitated with pepper spray. What became of his friend has not been reported.

‘This was great work by our officers, acting on instinct that there was something not quite right and then challenging the men,’ said Superintendent Nick Rowe. ‘The situation escalated really quickly, but both PCs put their training to good effect by restraining Butler, subduing him and getting him safely in handcuffs, while also calling for back-up from officers nearby.

‘Quite why he decided to risk being returned to prison by making the idiotic decision to come into town during lockdown with a friend to buy a video game will remain a bit of a mystery.’

Butler had originally been serving a 17-year sentence for multiple crimes, including robbery and firearms offences, which would have ended in 2024. But he escaped from HMP Spring Hill open prison in Buckinghamshire in November.

He has now been jailed for 13 months for escaping and another six months for assaulting police officers.

It’s not entirely clear whether Butler genuinely intended to get a copy of the game or if that was an attempt at a lie.

If it was genuine, he probably should have considered getting a digital copy.