ELDEN Ring is FromSoftware’s most approachable game to date, offering you several options for what build you should create.

Many have gone for builds based on magic or summons so that they can keep their distance from the bosses while they attack.

Then there are the hardcore Soulsborne fans for who there is nothing quite like memorising a boss’s attack pattern and diving in with sharp melee attacks.

Whichever describes you, take a look at our list of the ten best weapons in Elden Ring.

While its usefulness tails off later in the game, this is a great staff for those putting just a few points into INT.

It requires only 18 INT to use and has S-Rank INT scaling as default. The only downside? It can’t be upgraded. 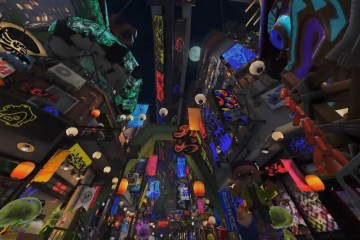 It’s a great weapon for the early game.

If you’ve moved past the point where the Meteorite Staff starts tailing off, it’s time to move on to Lusat’s Glintstone Staff.

It has strong INT scaling but will need to be upgraded in order to catch up with the Meteorite Staff.

However, once upgraded it increases the power of all your sorceries in exchange for a little extra FP.

If you are planning on a mage build for late game, then this is the weapon of choice.

For incantation users the Frenzied Flame Seal is a good choice to go with.

It scales with FAI, but also STR, DEX, and INT, so you don’t have to go all in on the incantation build.

As the name suggests, it boosts Frenzied Flame incantations which can be very intimidating in online play.

If you have a mixed build but want some incantations that really hit hard, this is the perfect choice.

The heavy Axe of Godrick scales with STR and DEX and is a great choice for those who want to mash away.

It is a fast and strong weapon for those who don’t want to put too much thought into their attacks.

It has the skill ‘I Command Thee, Kneel!’ which is a line from the man himself.

When you use it you will slam the axe into the ground disrupting everyone around you.

This is great for shaking off swarms of smaller enemies.

Daggers may mean you have to get up close and personal, but Reduvia comes with a host of other benefits.

It scales with DEX and ARC. The Reduvia Blood Blade skill only costs stamina to use instead of your health.

You can use this to deal big damage to your opponent without sacrificing your own health, unlike some similar weapons.

The best part of the Starscourge Greatsword is its weapon skill, Starcall Cry.

It drags in nearby enemies, making them in easy reach of this Greatsword’s range.

If you are a fan of melee combat, and you are used to using Greatswords in other FromSoftware games, this is the one to choose.

While you have to finish Ranni’s quest to unlock it, the Dark Moon Greatsword can also be turned into the classic Moonlight Greatsword with the weapon skill.

It scales primarily with INT, but also some DEX and STR.

Once it is transformed it can unleash a range of slashes with the heavy attack, which deal a great amount of damage.

A good choice for those who want to hit hard.

It’s easily one of the best katana in the game because it scales with both INT and DEX.

If you are a melee build but you also dabble in magic on the side, this is the perfect set up.

Moonveil also has the Transient Moonlight weapon skill which acts the same as the Sheathe skill on Uchigatana.

When this weapon is drawn it sets off a magic blade, the heavy version of which travels quite far.

Good for a character with a mixed build.

This was commonly thought of as one of the most overpowered weapons in the game, which is why FromSoftware continues to nerf it.

Despite all the downgrades, it’s still a powerful weapon which scales with both ARC and DEX, meaning it can be combined with some powerful incantations.

The weapon skill, Corpse Piler, sends out a flurry of slashes, making it a powerful katana to use.

Sword of Night and Flame

Like Rivers of Blood, if you see a weapon consistently getting nerfed in patches then you know it has to be good.

While it would clean up hoards of monsters before the nerfs, it is still very good indeed.

It scales with INT and FAI but also STR and DEX too.

The Night-and-Flame Stance weapon skill really ups your game by giving you access to the Comet Azur Sorcery.