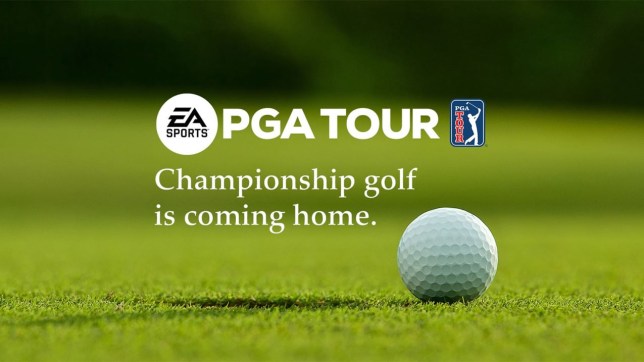 Back on the green (Pic: EA/PGA Tour)

It’s been six years since its last golf video game and EA has signed a new deal with the PGA Tour, with a new title already in the works.

Nowadays, the EA Sports label is more associated with the FIFA and Madden series of games, but there was a time when it was frequently making golf video games as part of a long-running partnership with the PGA Tour.

It’s been nearly six years since the last EA-published game, but it looks like the company is ready to get back into the sport and is teaming up with the PGA Tour once more with a new deal.

A brand-new game is already in development, simply titled EA Sports PGA Tour, and while no platforms have been confirmed, it’s described as a ‘next-gen golf video game,’ meaning it’s likely aiming to release for the PlayStation 5 and Xbox Series X/S.

‘In EA Sports PGA Tour, golf fans will be able to build their virtual career and experience the sights, sounds, and thrills of the PGA Tour including The Players Championship, FedExCup Playoffs and more unforgettable events,’ reads the announcement on the PGA Tour website.

The game will also feature many famous courses and golfing stars to play as or against. More details can be expected over the coming weeks, with a launch date to be shared later in the year.

EA and the PGA Tour’s original partnership ended in 2018, three years after the last entry in the series, which seemed to suggest that EA was done with golf games.

It’s not clear what has prompted EA’s return to the series, but it could have something to do with rival publisher 2K’s own PGA Tour game, PGA Tour 2K21, from last year. It performed quite well critically, so perhaps EA has noticed that there’s still a market for golfing sims.

With the new deal described as long-term, this could mean EA intends on reviving the series proper, with regular yearly entries just like its other series.