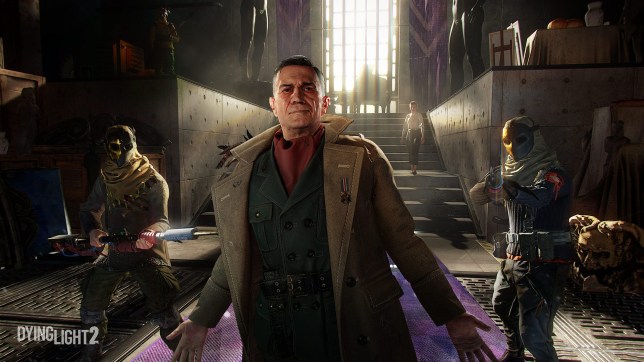 Techland has been silent about the game since last January (pic: Techland)

Following reports of a tumultuous development, it sounds like Techland is finally ready to explain what’s happening with Dying Light 2.

It’s been well over a year now since Techland confirmed that Dying Light 2 would not be making its planned spring release window. At the time, the developer provided no exact reason why the game was being delayed and fans have been left completely in the dark ever since.

Towards the end of 2020, Techland popped back up to promise fans that it would have development updates in 2021. And now there’s an exact date for when that will happen.

Speaking via the Dying Light Twitter account, Techland said that it will have ‘a few words’ about the game’s development next Wednesday, March 17. However, it encourages you to join the game’s official Discord, as that is where the information will be revealed first.

Considering the choice of words, it may not necessarily be a particularly lengthy update. Fans want a new release window but that seems unlikely given the sheer lack of information since January, as well as recent reports that development has been incredibly disorganised due to mismanagement.

Techland also kicked out the game’s lead writer, Chris Avellone, from the project last June, following allegations of sexual harassment – which clearly didn’t help get the game finished any quicker.

At the very least, it seems there are plenty who are simply excited that the game is being brought up at all, seeing it as confirmation that it hasn’t been cancelled.

However, there’s also just as much scepticism, with many joking that the update is a cancellation or another delay (although you can’t really delay a game that doesn’t have a release date).

OMMMAGGGGGG IVE BEEN WAITING FOR THE MOMENT SO LONG

“We regret to inform you that we never even started development for this game and decided to drop the act before we hurt someone’s feelings.”

We are cancelling the devolpment for dying light 2 thank you

Part of Dying Light 2’s development troubles could have come from how ambitious the project is, with a branching narrative and long-term consequences that will affect the story and how other characters treat the player.

Whether these features are still planned or have been stripped back/removed in order to get the game out is completely unknown, but maybe this will be what Techland will address in the update.