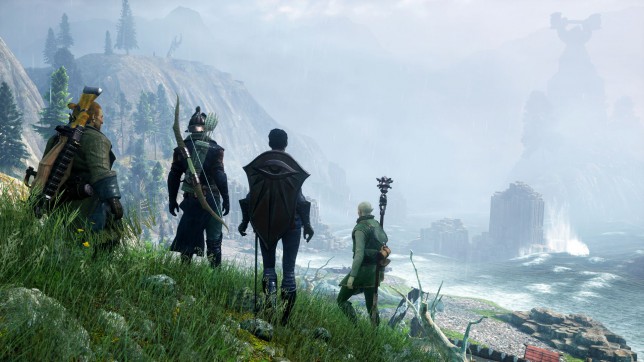 The only friends on this adventure will be controlled by the AI, not other players (Pic: BioWare)

A new report reveals that Dragon Age 4 will be single-player only, with the planned live service elements being scrapped.

There’s still a lot about Dragon Age 4 that fans don’t know about (including its actual name), but a recent report covering some behind-the-scenes development has definitely pleased fans.

According to Bloomberg journalist Jason Schreier, the game will be a traditional single-player adventure. While you might think that was already a given, EA and BioWare were reportedly planning to make it a live service title with multiplayer, similar to something like Destiny 2 or Avengers.

As for why the change in direction, it’s due to two reasons. The first is the success of Star Wars Jedi: Fallen Order, another single-player only game that not only received high praise from fans and critics, but also sold incredibly well.

The second is the failure of Anthem. Originally, Anthem was meant to be a rival to Destiny. It drew a lot of flack because BioWare, a studio that cut its teeth on story-drive role playing games like Dragon Age and Mass Effect, was working on a multiplayer live service.

EA and BioWare were initially dedicated to revamping the game and giving it a second chance, but recently it was decided to completely abandon development, with BioWare now focused entirely on the new Dragon Age and Mass Effect games.

Schreier does note that while BioWare staff were pushing for Dragon Age 4 to be single-player only, there were also staff that wanted it to be a live service game instead.

This is good news for EVERYBODY, not just BioWare fans.

The live service model is toxic and predatory, and i’m glad Anthem died. I know there was crunch, and i know people worked hard on it, but live services need to be consigned to history.

From the company who said single player is dead. CLASSIC.

Responses online are mostly positive, with fans expressing relief over the decision and others pointing out the irony of the situation, as EA infamously once stated that single-player games weren’t popular anymore.

Live service games have also developed something of a negative reputation as of late, so some believe that this could be a sign of the industry as a whole shifting away from these kinds of games.

Dragon Age 4 is currently in development with no scheduled release date.

Gogglebox stars before & after their glitzy makeovers