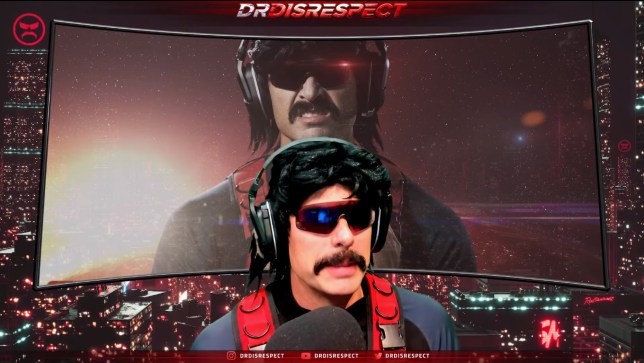 Dr Disrespect is back in the game (pic: YouTube)

He may not be allowed back on Twitch but Dr Disrespect is now able to compete in future Call Of Duty tournaments, if he wants to.

Given how successful he is now on YouTube, the Two-Time may not miss Twitch all that much but being unable to take part in the recent Toronto Ultra Call Of Duty: Warzone tournament clearly upset him.

Dr Disrespect, real name Herschel ‘Guy’ Beahm, had been scheduled to compete alongside Zack ‘ZLaner’ Lane, with a $100,000 (£72,000) prize pool up for grabs, but he was kicked out, without any explanation, before it began.

That’s exactly what happened with Twitch too, who, according to him, still haven’t explained why he was permanently banned from the streaming service, but in this case Beahm has found a way back in.

Although Beahm has avoided talking about it until now, Lane has suggested that tournament organisers made their decision based on the Twitch ban – which obviously created problems when streaming matches.

However, when a fan asked what was going on during one of his streams, Beahm himself confirmed that he is now able to compete.

‘Phone rang the other day, good news: we can compete in Warzone tournaments again’, he said, without offering any confirmation of why the ban happened in the first place.

Beahm insisted that he didn’t know why he was banned, a recurring problem for him, and given what’s happened with Twitch that probably means we’ll never find out for certain – unless Lane reveals more.

The bottom line though is that Dr Disrespect is now free to take part in any Call Of Duty: Warzone tournament he likes, with the bigger question now being whether he can win any of them…

The 6 places where Covid cases are still rising