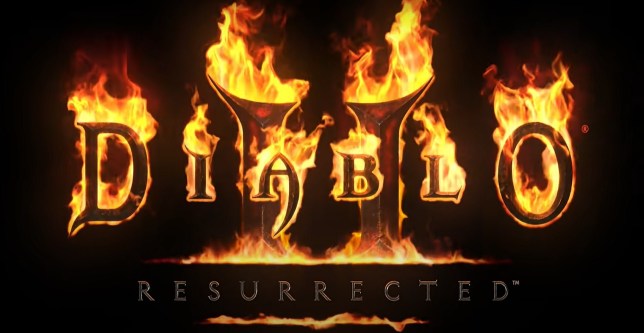 A heavenly feature for a hellish game (Pic: Blizzard)

A surprisingly neat feature of Diablo 2: Resurrected is that you can import save files from the original, even though it’s 20 years old.

Not an awful lot of information was revealed for the Diablo 2: Resurrected remaster during its official announcement, aside from it including the Lord Of Destruction expansion, new visuals, and surround sound.

However, there is one feature that Blizzard surprisingly didn’t mention, one that’s bound to make those who played the original back in 2000 happy, and that’s that you’ll be able to import old save files.

Speaking with IGN Middle East, game producer Matthew Cederquist was asked if old save files would be compatible with the remaster, to which he replied with an enthusiastic ‘Yes! Yes, keep those!’

He doesn’t explain exactly how it will work, only saying that they tried to see if it could work and were very happy to learn that it did.

‘Back when we were working on [the remaster], we wondered if the old save files would work and we kind of shoved it in and it worked! And we were like, ‘okay, that’s the best feature ever.”

Blizzard will no doubt go into more detail about how you can transfer your 20-year-old save file at a later date, but this will likely be limited to the PC version of the game. While Diablo 2: Resurrected will release for consoles, the original game only came out on PC, meaning it’s probably impossible (or at least very difficult) to import it to a console.

The option to transfer save files to newer hardware has become ever more important in the current generation, with it being one of the key features of the Xbox Series X/S and PlayStation 5.

In the PlayStation 5’s case, however, not every game offers it. The likes of Dirt 5 and Yakuza: Like A Dragon require you to start afresh, even if you own the original on PlayStation 4, giving the new Xbox consoles an advantage.