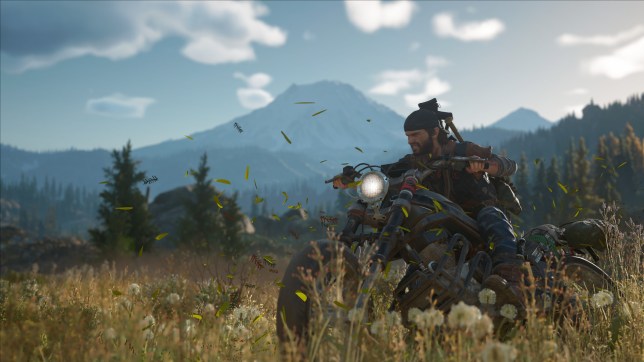 Days Gone – still no sign of a sequel (pic: Sony)

The chances of there ever being a Days Gone 2 have taken another knock, as developer Sony Bend confirms they’re working on a new project.

Sony has repeatedly boasted that it has over 25 first party games currently in development, many of them still unannounced but almost half of them brand new IP (intellectual property, i.e. not a sequel, spin-off or licence).

Two of those unknown games have now been identified by the developer involved, with one of them being a new title by Astro’s Playroom maker Team Asobi and the other a new IP from Days Gone creator Sony Bend.

The fact that Sony Bend are working on a new game, and not a sequel to Days Gone 2, was leaked back in April, with fans reacting angrily to the news and starting a petition that attracted over 100,000 signatures.

Even the rumours gave no clue as to what the new project was, but according to PlayStation Studios boss Hermen Hulst, ‘They’re building on the deep open-world systems that they developed with Days Gone’.

Days Gone’s reviews may have been less enthusiastic than most other first party Sony titles but it was by no means without merit and, as Sony Bend has often pointed out, it was their first project of that scale.

Using what they’ve learned to create something brand new does seem the best course of action, even if it won’t please hardcore Days Gone fans (although there’s nothing stopping Sony getting a different developer to make a sequel, as unlikely as that seems at the moment).

Sony Bend was first reported as starting work on a new PlayStation 5 game back in October 2019, so whatever they’re making, assuming it’s a AAA title, probably isn’t going to be out until at least 2023.

When Sony will unveil the project is impossible to guess at, especially as they don’t seem to have any plans for an E3 adjacent event this year.

‘We are beyond grateful for your support with Days Gone and are truly honoured by the amount of passion our community has shared with us for our world and characters. Your enthusiasm motivates us to continue to improve and create experiences that will last a lifetime’, Sony Bend told fans on Twitter.

‘We hope you embark on this new journey with us, and we can’t wait to show you what we’ve been working on.’