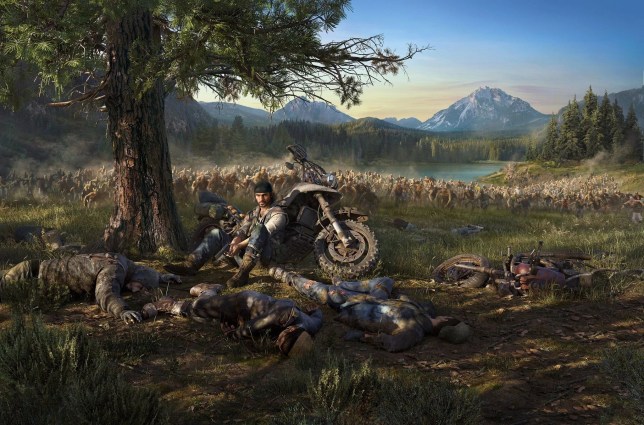 Days Gone – the chances of a sequel have apparently… gone (pic: Sony)

Sources suggest that developer Sony Bend has had two projects cancelled recently, including a new Uncharted and Days Gone 2.

A damaging new report on Sony’s first party studios, which claims that Naughty Dog is currently working on a remake of the first The Last Of Us, also suggests that plans for Days Gone 2 have been cancelled.

Although the original was less critically acclaimed than most other first party Sony games it was still commercially successful, and it was widely assumed that developer Sony Bend would get to create a next gen sequel.

According to a new Bloomberg article by respected journalist Jason Schreier, that’s exactly what was pitched to Sony but it was turned down, due to the original’s poor critical reception and long development.

Sony’s prioritization of the biggest games and studios has created ripple effects all across the organization. For example, over the last year Sony’s Bend studio, once seen as a rising star, has been assigned to support Naughty Dog and feared becoming Naughty Dog North pic.twitter.com/8qn9kvNrxN

This is surprising as Sony Bend is known to be working on a new game and it was recently announced that Days Gone would be ported to the PC, which is hardly a sign that Sony is in any way embarrassed by it.

According to Schreier, one team at Sony Bend was told to help Naughty Dog with a multiplayer game, likely the oft-rumoured The Last Of Us spin-off, and a second was tasked with working on a brand new Uncharted game under Naughty Dog’s supervision.

Supposedly Sony Bend was unhappy at playing second fiddle to Naughty Dog, fearing they would become merely a satellite studio, and a number of developers left, including key senior staff.

Those that remained allegedly asked to be taken off the Uncharted project, which Sony agreed to. The report confirms they are now working on a new game but presumably not one related to either Days Gone or Uncharted.

With Japan Studio as the most public example, the report paints a picture of Sony focusing on an increasingly narrower range of studios and franchises, just as Microsoft is expanding its reach with both.

This inevitably raises more questions on how Sony is handling the transition to the PlayStation 5 and whether it can successfully leverage its first party success from the last generation to the new one.