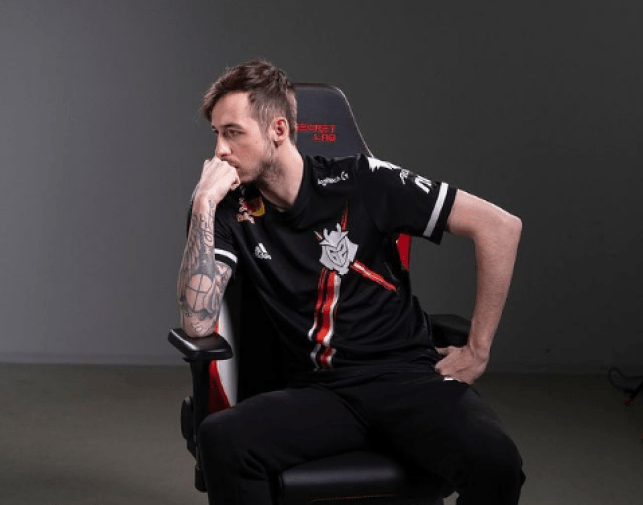 G2 Esports have announced a shake-up to their Counter-Strike: Global Offensive (CS:GO) roster, with Kenny ‘kennyS’ Schrub being dropped after four years with the team.

G2 released a statement via Twitter saying ‘Audric ‘JACKZ’ Jug will be returning to the roster. Nikola ‘NiKo’ Kovač  will be transitioning to a hybrid Rifler/AWP role. Kenny ‘kennyS’ Schrub will be allowed to explore new opportunities.’

KennyS joined G2 in February 2017, and has enjoyed a number of good results with them, however the team’s performances have dipped in recent months.

The Frenchman tweeted: ‘I loved the day, thanks for being there! More to come soon. For those [who] are waiting for [a] signing it’ll come today or tomorrow!

‘I want to start by thanking everyone who has been really positive and supportive with me. My motivation remains the same if not slightly stronger. I intend to keep playing CS and find the right place to keep on my journey. I’m grateful for your support, thank you and I love y’all.’

KennyS has grown a large fanbase during his career, and has become known for his aggressive style. However, G2 are now hoping to see NiKo excel as he takes over a similar role in the team.

G2 coach Damien ‘maLeK’ Marcel said: ‘Kenny is a pillar within G2 and a legend in the scene. We all feel that, though difficult, a new home for him will be a great opportunity to remain at the top… Although bittersweet, we are confident these changes will bring back some great CS by G2 to the server.’

JACKZ was benched for NiKo when the Bosnian joined G2 in December, but will now likely be reprising a familiar role alongside him in the main squad.

MaLek says that ‘we are excited to have JACKZ return to the team, bringing his flair, creativity and a new balance to the team. NiKo repositioning as a hybrid AWPer gives us a more open-minded approach while also providing more flexibility within our game and the current meta.’

KennyS is still under contract with G2 for now, but it appears the organisation is actively trying to find him a new home.

How to shift from loungewear to normal clothes