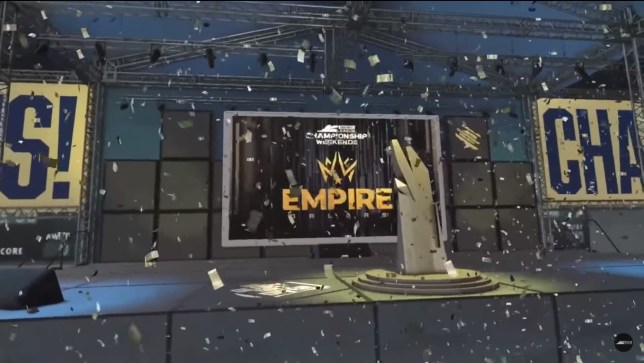 Treyarch themselves seem to have leaked when this year’s Call of Duty League Championship takes place, with a whole week of action planned.

Video game leaks come from many different sources but it’s hard to get one much better than someone that works on the game itself, although Treyarch design director David Vonderhaar didn’t mean to reveal anything.

However, in a recent tweet, containing a photo of a gift box sent to Atlanta FaZe, eagle-eyed fans noticed that there seemed to be a document indicating when CDL Champs will start this year.

That’s certainly the sort of information you’d imagine a major team like Atlanta FaZe would be sent early and the only way it’s a fake is if they and Vonderhaar are committing an epic level troll of fans.

Once zoomed in you can see that the photo shows what is described as the final Home Series event of the season and which is labelled ‘August 9-15th: CDL’.

The word Champs or Championship aren’t used but August is when the event usually takes place and there doesn’t seem much likelihood it’s anything else.

The 9th is a Monday, which means the event runs all week until Sunday, although there’s almost no chance it’ll be anything other than online-only, even if lots of people have got their vaccine by that point.

The Call of Duty League Championship is arguably the biggest esports event of the year for COD, in terms of the quality of the teams involved and the amount of prize money.

Last year Dallas Empire won and took home a cool $1.5 million (£1.1m) for their trouble, leaving Atlanta FaZe with a grudge to settle for the rematch.