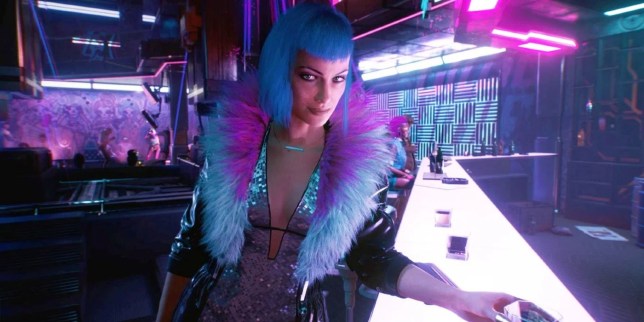 Everyone and their grandmother knows what a disaster Cyberpunk 2077 was when it launched. But, at the time, there were plenty of signs that pointed to the game still making a massive profit for CD Projekt, with it quickly becoming the fastest-selling game on PC.

Recently, CD Projekt shared preliminary numbers from its upcoming annual earnings report for 2020 and while the tail end of the year wasn’t great for its reputation, the year as a whole has turned out to be the company’s best ever from a financial perspective.

According to numbers published by GamesIndustry.biz, it made 2.14 billion złoty (roughly £408 million) in consolidated sales revenues in 2020. It’s not known how much of that comes from Cyberpunk 2077, but it must have been a major contributor considering they didn’t release any other new games.

It’s important to remember that CD Projekt did offer refunds following Cyberpunk 2077’s release, since many owners expressed outraged over the myriad glitches and bugs present across all versions, especially the base PlayStation 4 and Xbox One.

However, the company has also reported a net profit of 1.15 billion złoty (£219m), which is more than triple the previous profit record from 2015 of 342 złoty million (£65m). This isn’t too surprising when you remember that Cyberpunk 2077’s digital sales exceeded 10 million even when taking refunds into account.

What’s more, Cyberpunk 2077 released on December 10, whereas The Witcher 3 released May 19. The latter had months to make money for CD Projekt in 2015, so this suggests that Cyberpunk 2077 outperformed it in much less time. Of course, Cyberpunk 2077 had a much larger advertising campaign behind it, which no doubt helped it amass so many pre-orders.

Recently, patch 1.21 was released for Cyberpunk 2077, with CD Projekt’s CEO saying they have no intentions to shelving the game and aim to continue selling it for years to come. While the game is playable on the PlayStation 5 and Xbox Series X/S through backwards compatibility, the plan remains to eventually release dedicated versions for the new consoles.

That said, the game has yet to be added back on the PlayStation Store, meaning it’s still impossible to buy a PlayStation 4 copy digitally. Sony removed it from its storefront about a week after it launched, and it has been absent for the last four months. Currently, there is no word on when it will return.

Cyberpunk 2077 is available on PC, PlayStation 4, Xbox One, and Stadia. PlayStation 5 and Xbox Series X/S versions are in development and slated to release this year.