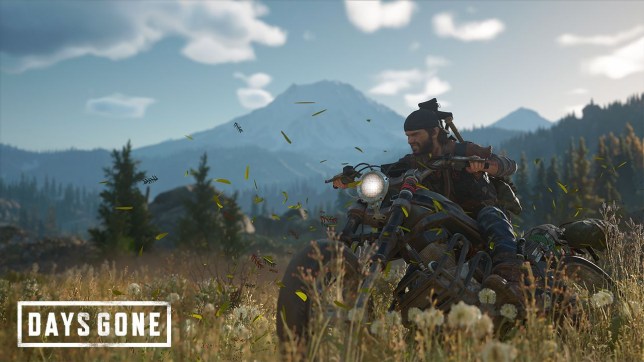 Days Gone is going to PC but not a full sequel (pic: Sony)

A reader is less than upset to hear that Days Gone 2 has been cancelled and hopes that it will mean an end to the Sony formula.

The news emerged last week that Sony seems to have cancelled plans for Days Gone 2, after developer Sony Bend pitched the idea to them. As far as I’m concerned this is the most positive news Sony has had for months.

That does not mean I hate Days Gone, I just think it’s really boring. It’s passable, low rent video game entertainment and nothing more. There’s not a spark of originality or flair to it and the one unique aspect – the ability to have so many zombies onscreen at once – is ignored for almost the entire length of the story campaign.

I know this because I played through to the end of it after borrowing a copy from a friend. Barely an hour went by when I wasn’t asking myself why I was bothering, but it’s mindless enough entertainment, in a very Assassin’s Creed kind of a way, and frankly I had nothing better to do during lockdown.

If you like Days Gone then fine, I’m not attacking you personally. But the game already exists and just because it exists does not mean it automatically deserves a sequel, whether it was successful or not. The way some people talk it’s as if the second someone makes an even halfway popular game they then have to spend the next 20 years making nothing but sequels to it, with anything else being considered a betrayal of ‘the fans’.

Reading interviews with Sony Bend it’s pretty clear that they didn’t have much experience with games that big and they themselves admit to running into problems. Part of the issue Sony seems to have had with the game is that it took much longer (and therefore was more expensive) than was originally planned. I’d argue that’s a positive thing though, as Bend have learnt now and can use that experience on their next game.

There’s absolutely no reason that game should be Days Gone 2 though. An open world game with zombies is possibly the most generic idea for a video game you could possibly come up with, just one notch above military shooter. And besides, most of the top creatives that made the first game have already left so even if they did make a sequel, it would likely have trouble replicating the same tone.

There has been a lot of, entirely justifiable, criticism of Sony lately and one of the big concerns I have is that by sidelining Japan, and focusing more on American tastes, they’re going to make worse Days Gone’s biggest problem: it’s too formulaic.

The Sony formula isn’t quite as strict as the Ubisoft one but they’re both similar, with the majority of Sony first party exclusives featuring third person open world gameplay with some kind of angry middle-aged white guy; with amazing graphics, mournful music, and a generally dour and ‘adult’ tone. Occasionally they’ll mix it up a little and the protagonist will be slightly younger, or even a woman, but the template is still the same.

Don’t get me wrong, I love God Of War and The Last Of Us but it feels like Sony’s record is stuck. They found a formula that works and with Days Gone they showed the first signs of running it into the ground. Ghost Of Tsushima wasn’t exactly inspiring either, it literally was Assassin’s Creed but with better graphics and 10 year old game design.

The narrative at the moment is that Microsoft is outspending Sony, whose only way of fighting back is the fact that their exclusives are better. That is true, as of this moment, but it might not always be the case. And it definitely won’t be if all they make are open world sad dad simulators.

My hope is that the cancellation of Days Gone 2 shows Sony realises that and cancelled it, not only because the original wasn’t great but because it was too similar to their other games. If they recognise that and are making steps to rectifying the problem then they may be in a better position than people realise. And so the cancellation of Days Gone 2 could end up as the turning point that won Sony the generation.