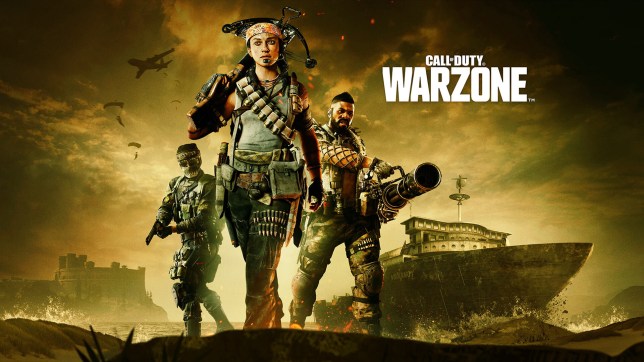 Activision demanded the site be shut down due to privacy concerns (Pic: Activision)

A fan-made website that tracks player stats in Call Of Duty: Warzone has had to shut down after being contacted by Activision’s lawyers.

Due to Call Of Duty: Warzone’s lack of a ranking system, many players have turned to a website called SBMM Warzone to track their in-game stats, as well as those of other players.

Unfortunately, you can no longer use it, as the owners have been forced to take the website down following a cease and desist from Activision’s lawyers.

According to a letter seen and verified by Eurogamer, the lawyers state that the website violates Activision’s API terms of use, infringes Activision’s copyright, and violates the Computer Fraud and Abuse Act. It caps off with demands that the site be taken down by next Monday, but the owners have since complied.

One of the owners, called Ben, told Eurogamer that he completely understood Activision’s decision, saying that it’s all due to privacy concerns, ‘When we get their data through their API, they don’t control it anymore.’

However, Ben assures that no private or sensitive information is gathered. The only way the site could even obtain a player’s data was if they set their profile to public and shared their Battle.net, PlayStation Network, or Xbox username, depending on which platform they’re using.

Weâve met @Activisionâs demand and have shut down our website. Your Warzone stats are no longer available. We still believe we can reach an agreement with Activision to provide you with the stats you love. Hey @Activision, letâs partner up.https://t.co/FRyI9DJwRq

Ben is hoping to bring back the website by officially partnering with Activision and is even open to making changes, but Activision has so far not responded to his offer.

‘What we are asking them, it’s just to discuss with us how we could become partners, and what should we have to change in order to comply. We are open to rebrand (change our name), change some features and pay a commission for using their API, but for that, we still have to get in touch.

‘We want to be able to talk to them. We believe there is so much more we can bring to this community.’

Aside from providing player stats, SBMM Warzone also organised and ranked lobbies by skill level. This was done so players could understand who they had just played against.

It’s widely believed that Warzone uses skill-based matchmaking to determine online matches. Basically, it only ever pairs you up with players that match your current skill level. But the absence of any kind of ranking system in the game means it’s impossible to tell how well you’re performing overall compared to everybody else.

While this may not be much of a big deal for casual players, a ranking system is something that has been heavily demanded by current and would-be professionals, who have had to instead rely on third-party websites like SBMM Warzone.

Call Of Duty: Warzone is available for PlayStation 4, Xbox One, and PC.