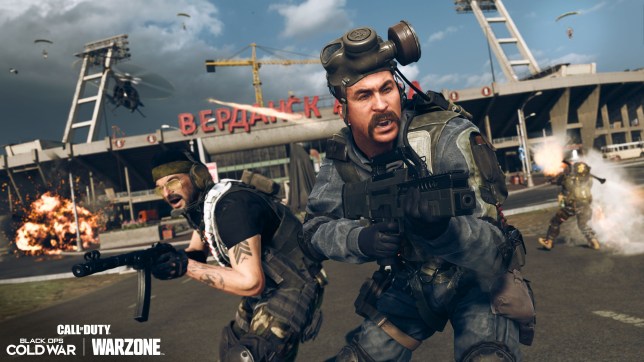 The biggest update yet for Warzone has just gone live, as GameCentral hears from Raven Software about the past and future of Call Of Duty.

It’s rare you can pinpoint a moment in a game where everything changed. Not just for the title itself, but a moment that shifted the ground of the entire industry itself. Moments like that are by their nature, defining. While PR buzzwords like iconic and legendary are often thrown around with little care, those moments at their most genuine are few and far between.

When a nuke went off in a non-specified Middle Eastern country in Call Of Duty 4: Modern Warfare’s story campaign, something did shift. It’s hard to imagine, but Call Of Duty, through its first iterations, were liked but generally overlooked multiplayer games as far as the mainstream were concerned. They were clinging to an oversaturated and tired Second World War setting until Infinity Ward took on true-to-the-time military combat in the throes of the Iraq war.

No moment better defined that game than when that nuke is set off. While Call Of Duty found its longevity in multiplayer, it’s arguable that it may never have found its status as one of the biggest entertainment properties in the world if not for the impact of that moment.

Call Of Duty has invoked that spectre once again. Video games are in a much different spot now than where they were in 2007, when that initial scene took place. Now, Call Of Duty is a multipronged package, with the base game, its multiplayer, Zombies and its free-to-play juggernaut, Warzone.

Last night, the developers behind the game hit the button and blew up Warzone’s map, Verdansk, with a nuclear bomb. Players have been duking it out on a smaller, night-time map on Rebirth Island for the last 24 hours, all wondering what was coming next for the ever-popular battle royale.

Once you blow up a map with a nuclear bomb, where can you go from there?

The answer is back in time. What the nuclear event birthed is a new version of Verdansk, one set in 1984. Call Of Duty is now welcoming its players back, albeit in a different time period. While some fans may have been hoping for a whole new location, the developers of Warzone aren’t done with the map yet.

‘Verdansk is a fan favourite mode. 100 million players love it, and we weren’t done telling the story of Verdansk. We were not done with the narrative. We wanted to tie the narrative into the Cold War and we wanted to see the prequel. It’s only been a short year. We wanted this to feel familiar but new.’

‘It’s going to feel different gameplay-wise but familiar and we can continue this story. We think that is the best of both worlds.’

While not a new map entirely, Verdansk 84’s overhaul feels like a similar amount of effort was put into it, bringing a whole new vibe to Warzone. Gone are the grey and dilapidated buildings players have come to know so well over the last year, and in is a brighter and lighter tone. This town is now in the middle of spring, with many of its locations in their heyday. Where the Warzone of old was cold and past its best, the 80s feels much brighter hopeful. It evokes one word: opportunity. 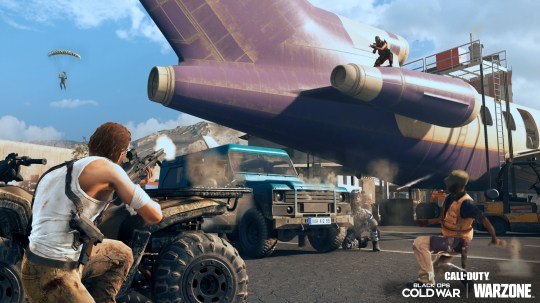 Players will get the opportunity to enjoy the emergent hijinks that battle royales so delightfully breed. Every building, surface, and object has been reviewed and retouched, so while it’s a return to the old map, this place has a brand new feeling.

There’s a lot to explore out there too. There are seven new locations and five existing areas have seen a restructure of their layouts. For example, the airport has been returned to its former glory and has had a complete restructure on its second floor.

Elsewhere, Summit, a map originally featured in 2010’s Call Of Duty: Black Ops has found its way into Verdansk. It replaces the previous dam area, which was always a little awkward to get to. The cable car works too and can be accessed by players, opening up some wild opportunities for destruction.

There are also areas like Old Mine that were added to get rid of some of the awkward and open transition areas of Verdansk. Highlighting it as an example of a place that should help the map flow better, Hodge said: ‘This is a new location we added. As you’ll see for some of the locations where there was nothing before, we added stuff.’

‘This is in the top northwest of the map where there was a little bit of dead space between Dam and the rest of the map that has traditionally been wide open and dangerous. We wanted to add a couple more areas to the map, provide some more cover and this Old Mine location does that.’

The crown jewel of Verdansk is its stadium and that is back too, but it now looks entirely different. The sporting arena is still under construction and sells the new time period with a vintage look. In terms of establishing the tone, both as a setting but also as a highlight of the work that has gone into this overhaul, the stadium is a prime example.

However, one area most players will likely see first is the grid array. This hulking new structure is impossible to miss and towers into the air. This colossus of metal and beams will provide players with a sense of verticality that is sure to become a staple for snipers everywhere.

One of Warzone’s most recognisable elements, the gulag has also seen an overhaul. As players spend a decent amount of time in the zone, the developers wanted to keep this part of the gameplay loop feeling fresh. These one-on-one fights for your life now take place in a portion of Standoff. 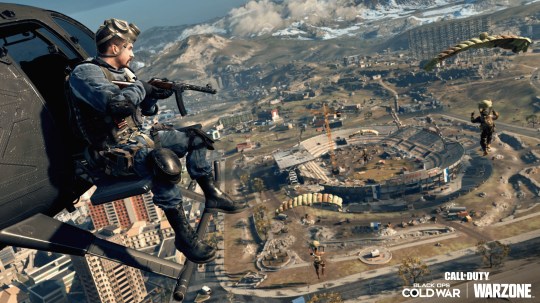 There are, of course, also new tools to enact your destruction with. Two new guns have found their way into the game with the Swiss K sniper rifle and the PPSH SMG. The SMG could potentially be a replacement for the recently nerfed FFAR, meaning that the lobby will now have a new, rapid time-to-kill menace to worry about. The Swiss K on the other hand is more about sheer sniping power, not unlike the Kar98.

The overhaul keeps coming back to that word: opportunity. The vibe is brighter, there are tons of outlets for chaos and water cooler stories waiting to be written. However, perhaps most of all, this feels like an opportunity for Warzone itself.

This could be a pivotal moment for Call Of Duty and it feels delicate if not for the franchise’s sheer size. Attempts to change and experiment with the classic set-up could harm the franchise’s golden goose. But lest we forget, that is what got this franchise to where it is now.

Going back to using a nuclear bomb as a plot device can’t help but feel connected to that moment in 2007. A reminder that for how good of a multiplayer experience this franchise is, it’s defined by its big, narrative moments. While the context of this live event is different it’s a reminder: storytelling defines this franchise as much as its online gunplay.

It is perhaps poetic that by hosting an event that sends its players back in time, Call Of Duty is relying on its own history; invoking the moment that made it such a huge deal in the first place. One of the most popular games ever made just refreshed its canvas, and players are now out there painting their narratives.