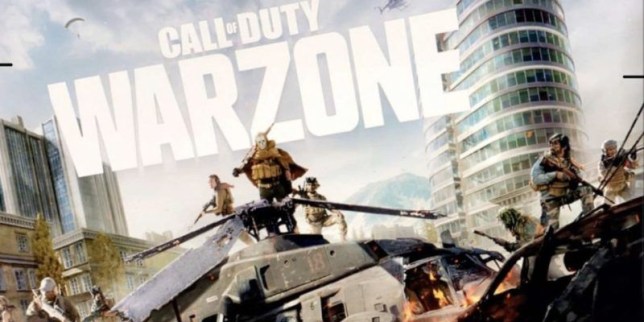 Despite mass bans, Call Of Duty: Warzone continues to be abused by hackers who don’t seem afraid to admit to cheating at the game.

Hackers and cheaters are a problem in pretty much every online game, but some clearly have it worse than others. Call Of Duty: Warzone, in particular, has an infamous reputation for being inundated with them, despite Activision’s best efforts.

While Activision has enforced mass bans in the past, nothing has seemed to stop the cheats and they keep coming back stronger. As shown in the gameplay clip provided by streamer Yungstaz, the cheater in his video auto pings everyone in the lobby, essentially marking their locations and making them easier to target.

What’s more, they put on night vision goggles, a piece of equipment that isn’t even available in Warzone. It doesn’t look like equipping the goggles provides any sort of advantage (especially since the Verdansk map is always in broad daylight) and seems to only serve as an admittance of hacking, as if the hacker isn’t afraid to be caught out.

Yungstaz was able to speak with the cheater after the match, who admitted to building the cheats themselves and has been using them for five months – the same amount of time they’ve been playing the game.

Night vision goggles have previously been used by hackers to activate a glitch that continuously restores health. Said glitch has been a recurring problem throughout Warzone’s lifecycle and has periodically come back despite being patched out.

This isn’t all players have been complaining about though. Recently, the game received a new weapon, the Sykov pistol, which many are decrying as being too powerful.

Not only does it have an 80-round magazine and full auto mode, but it can also be dual-wielded. Demonstrations of the weapon online show how quickly it can kill opposing players, prompting immediate demands for it to be nerfed.

Despite the constant stream of problems none of it seems to have had any effect on player numbers or Activision’s profits.

Earlier this year, it was reported that the Call Of Duty series has performed better than expected recently, making twice as much money in 2020 than it did in 2019.

Call Of Duty: Warzone is available for PC, PlayStation 4, and Xbox One.

Gemma Collins reveals new £4k sauna in £1.3m Essex home as she strips down to a bikini to show off 3 stone weight loss

How old is Prince Charles and when did he marry Camilla? – The Sun