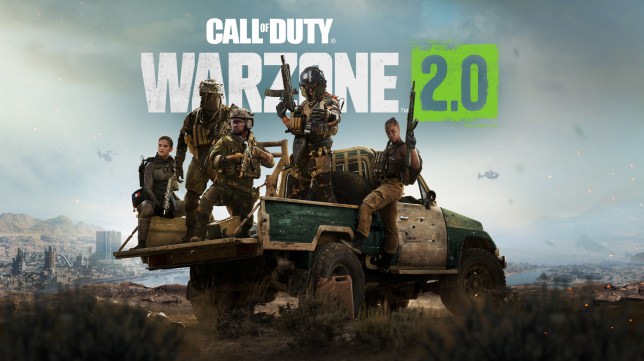 That file size will only get bigger as well with subsequent updates (pic: Activision)

With a reported install size of over 100GB, Call Of Duty fans must once again decide whether to delete their other games to play Warzone 2.0.

One of the many complaints Call Of Duty fans have had with the series the last few years is how big the games are in terms of install size.

It’s almost become a running joke with how much space each game takes up on your PC or console (the 2019 game required a whopping 175GB on PC). So much so that it feels like Activision wants to make sure Call Of Duty is the only game you have installed.

With Call Of Duty: Warzone 2.0 – the series’ second battle royale – beginning its first season in less than a week, the cycle will begin anew, as it’s said that the game will take up roughly 115GB.

That’s not as big as previous Call Of Duty titles, but 115GB is still a lot of space for a single game. The PlayStation 5’s storage size is only about 667GB so Warzone 2.0 alone will take up over a fifth of that.

It’s much worse for Xbox Series S owners, though. That console has far less space than its chunky sibling, at only 364GB. So that means Warzone 2.0 uses more than two thirds of that.

On top of that, Warzone 2.0 will inevitably be updated over time, with new content added for each season. So, that 115GB is destined to increase and reach a point where dedicated players may be forced to delete other games just to make room for the updates.

This also doesn’t account for the fact that you likely have Call Of Duty: Modern Warfare 2 installed already, which takes up just over 150GB. Combined, that’s 265GB, more than half of what’s available on the PlayStation 5.

Activision itself has yet to officially share download sizes for each platform, with this information being leaked by Aggiornamenti Lumia on Twitter, who has accurately leaked Xbox related info in the past.

Unsurprisingly, some fans are baffled by how big it is, with a few swearing off from playing Warzone 2.0 because of it.

Activision may very well try and update the game in the future to reduce its file size, just like it did with the first Warzone.

Plus, you can free up space by deleting parts of Modern Warfare 2 you may not be interested in playing, such as the campaign mode.

They did that on purpose so you couldnât download another game. They want you to play COD only