CALL of Duty has received a huge new update with loads of fresh content. 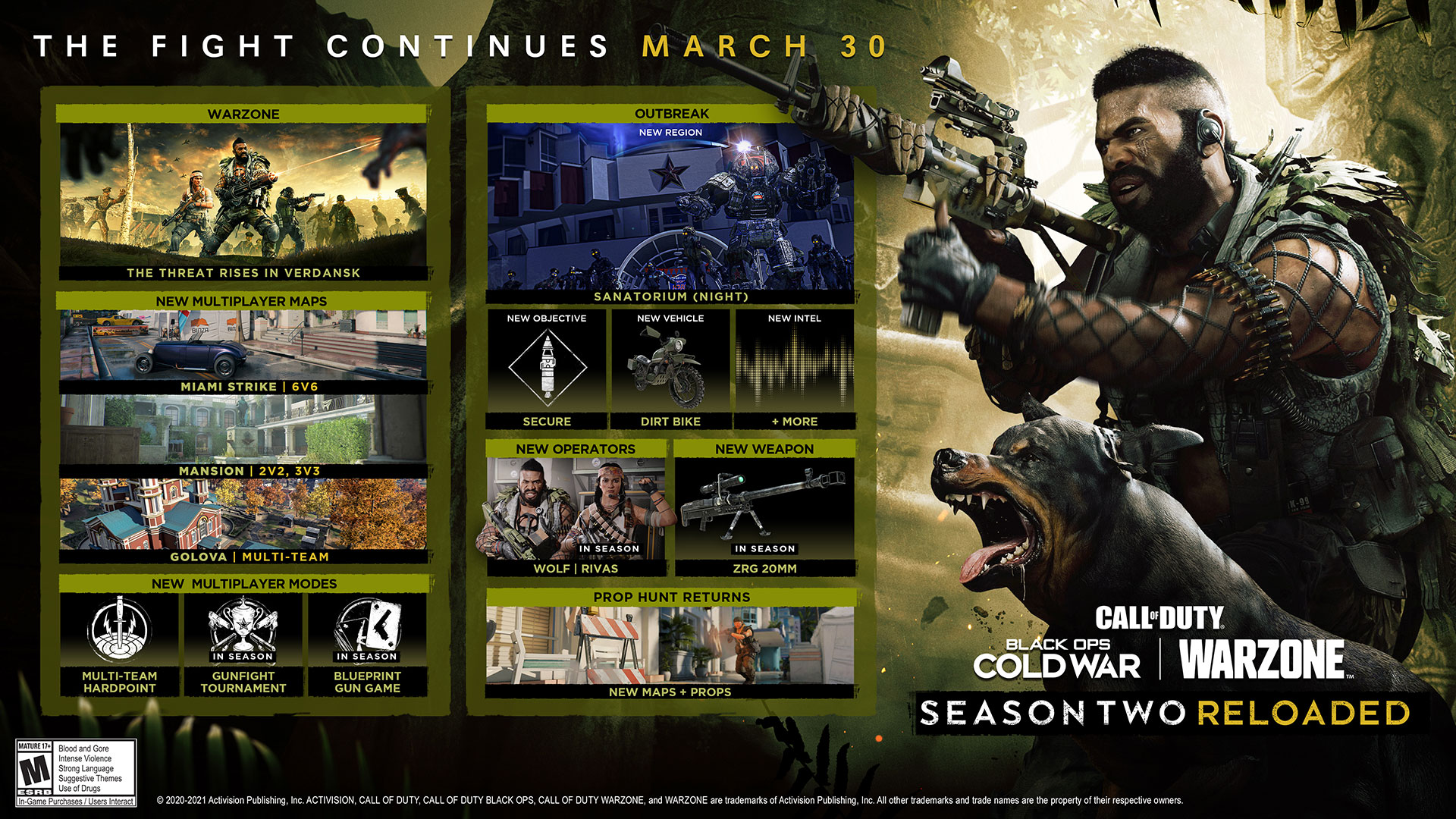 The big news is that the game has a smaller file size, saving you as much as 30GB.

But it also introduces new maps, weapons and Operators.

As of March 30, you’ll be able to access new maps, including Miami Strike, Mansion and Golova. 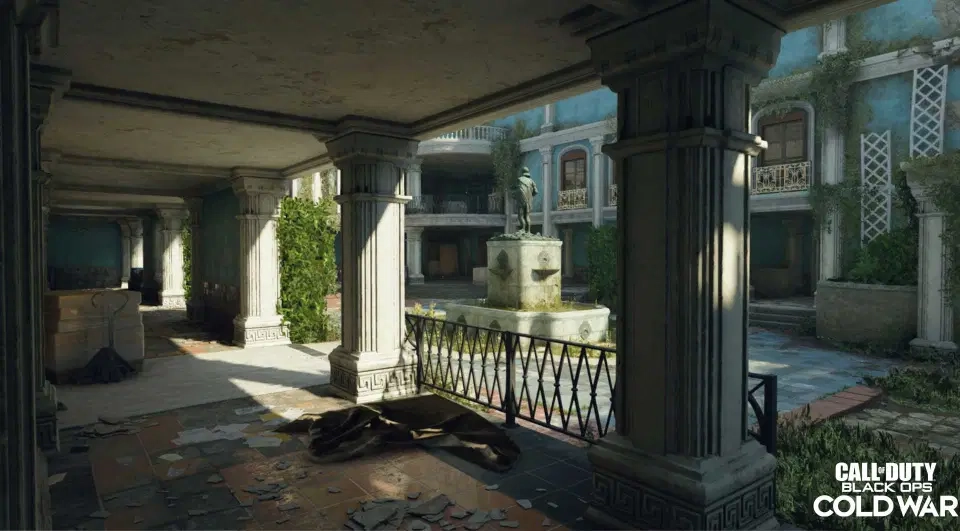 Mansion is one of the new Call of Duty Season 2 mapsCredit: Activision

Several new multiplayer modes are being added too.

These include Multi-Team Warpoint, Gunfight Tournament and Blueprint Gun Game.

Also coming to Outbreak is a new Secure objective, the Dirt Bike vehicle, and new Intel.

New Operators being added to the game include Wolf and Rivas.

And there’s a new firearm in the form of the ZRG 20MM sniper rifle.

Finally, Prop Hunt is back, with new maps and props to enjoy.

There are six new weapons, including:

It’s a large-scale mode across giant play areas in the Ural Mountains.

A new Field Upgrade called Frenzied Guard has been added for Zombies too.

All enemies will attack it for a brief period, only causing damage to Armour.

Four Multiplayer maps are being added too:

New challenges, vehicles and prestige levels have also been added.

And for Warzone, there are new points of interest, including a new cargo tanker…and something “major” and mysterious underground.

Is the coronavirus vaccine effective in children?