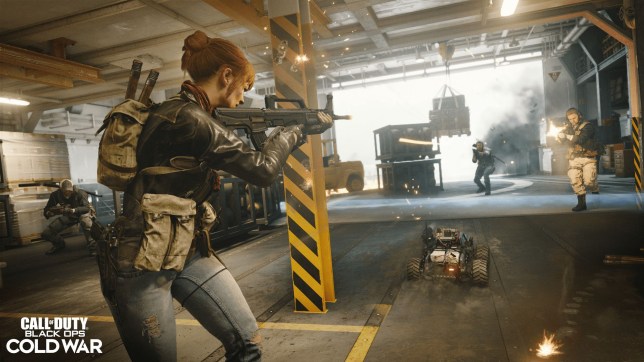 The first day of League Play on Call Of Duty: Black Ops Cold War has been a disaster but the game’s design director has called for calm.

Fans have been begging for League Play in Call Of Duty: Black Ops Cold War for months and now that it’s finally been implemented it’s not quite what everyone hoped for.

The idea was that it was supposed to offer a new way to play for more competitive players, using rules based on the ones for professional players in the Call Of Duty League.

The reality though has been very different, literally, with players criticising the playlist for being too different to league play and allowing attachments, such as suppressors, that would not be allowed by pros.

To try and steam the initial tide of complaints, Treyarch design director David Vonderhaar, and long-time veteran of Call Of Duty’s multiplayer scene, has taken to Twitter to address fans individually.

He didn’t go into much detail though, saying only that Treyarch has, ‘some work to do to evangelise how it works after we clean up some of the obnoxious bugs’.

Most of the complaints revolve around League Play not being a true ranking system, with many comparing it unfavourably to games such as League Of Legends, Valorant, and Counter-Strike.

The current system rewards players with gems for getting into the top 25 in the division, but this means that you can, over time, earn lots of gems even with fairly mediocre (by the standards of League Play) skills.

And as well as attachments being allowed, many players are also upset that you can still use custom classes, which includes weapon blueprints, perks, and scorestreaks – with the latter being especially controversial because they don’t reset when you die.

Vonderhaar has offered some sort of explanation for this, saying that he ‘hates GAs’ [gentlemen’s agreements] and wants fixed classes to improve accessibility and avoid focusing on restricting loadouts.

Those classes aren’t available yet though, which has only added to the complaints. Vonderhaar’s comments show that he is at least aware of the problems, but every indication is that they’ll take some time to fully address.

Girl, 13, dragged to death by seat belt after trying to escape family’s car as it was stolen