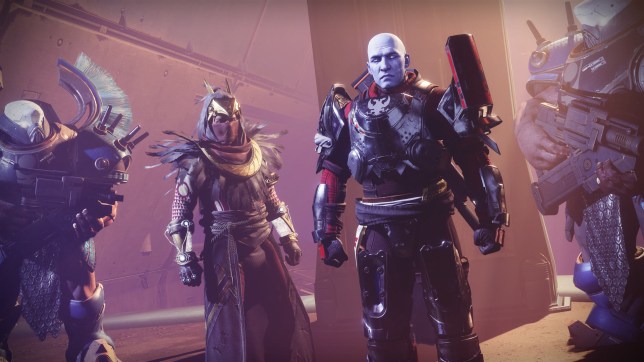 Whatever the new game is, sounds like it can be played with friends (Pic: Bungie)

A job listing from Bungie mentions a new multiplayer experience that sounds like it could be the studio’s attempt to break into esports.

We already know that, aside from continuing to update and support Destiny 2, Bungie has at least one wholly new game in production, which it’s aiming to release by 2025.

Previous job listings seemed to imply that said game is some kind of fantasy dungeon crawler, but another job listing that’s recently been spotted suggests something else entirely, namely a competitive multiplayer game.

The listing is specifically for an incubation multiplayer systems designer and one of the responsibilities involved is to ‘Conceive of, build, and iterate on competitive multiplayer game mechanics that provide strategic depth and opportunities for counterplay.’

It even mentions that applicants will need to be very familiar with ‘the competitive gaming/esports landscape,’ which could mean that Bungie is looking to break into esports. Destiny 2 may be a multiplayer title and does feature PvP modes, but it doesn’t have a dedicated esports scene like other multiplayer shooters.

NEW: Bungie’s new unannounced IP/franchise to feature Competitive PvP Multiplayer with Esports landscape and mechanics “that provide strategic depth and opportunities for counterplay”, according to a new job listing.

An argument could be made that the job listing is not for a separate game, but for the aforementioned dungeon crawler. One of the job listings mentioned needing someone with experience making competitive games, which can only mean that Bungie wants it to have a multiplayer aspect as well, similar to Destiny.

It also matches with previous comments from Bungie that stated that its next project would be a new property separate from Destiny and that, whatever game it makes next, it’s definitely not going to be Destiny 3.

If Bungie is still in the process of hiring, then it’s likely that the project is still a long way off from actually being announced. Considering we’re still four years away from 2025, Bungie’s probably in no position to officially discuss it for another couple of years.

And besides, it’s nowhere near done with Destiny 2. The game has two more major expansions in development: The Witch Queen for 2022 and Lightfall for 2023.