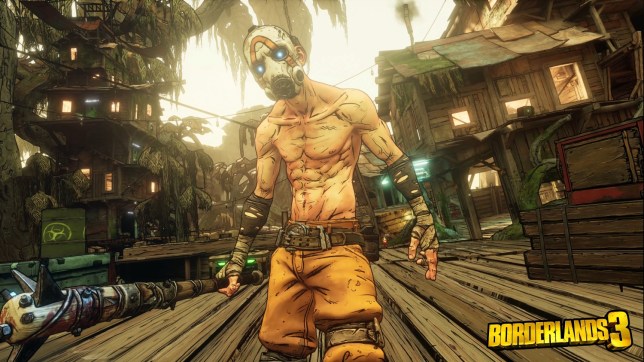 Borderlands 3 – the last entry to be published by 2K, probably (pic: Gearbox)

In a surprise move Gearbox has been bought by the publisher of Darksiders, but there’s uncertainty as to whether they’ll publish the next Borderlands.

As soon as Microsoft paid $7.5 billion for Bethesda there were warnings that bigger games companies would be snapping up smaller ones as the industry underwent a worrying period of consolidation.

That’s exactly what seems to be happening, although surprisingly the buyer of Gearbox Entertainment is Embracer Group, the parent company of THQ Nordic, who paid $363 million for them.

Gearbox had let it be known they were interested in being bought but the surprise here is that Microsoft, or a rival like Sony or Amazon, didn’t snatch them up instead.

You would’ve thought that Take-Two would’ve been the obvious choice, since they publish the Borderlands games, but that’s not how things have worked out.

That leaves some doubt as to who exactly will be publishing Borderlands 4, or whatever the next game is, since while Gearbox owns the IP itself, 2K have the publishing rights.

The best guess at the moment is that THQ Nordic will be the new publisher, as the acquisition deal includes a six-year performance target that goes up to a maximum of $1.3 billion and the only thing that Gearbox does that makes anything like that kind of money is Borderlands.

Other franchises such as Brothers In Arms and Homeworld were mentioned as part of the announcement though, so there’s every reason to assume they’ll continue as well.

Update: 2K has stated that their publishing deal for Borderlands is unaffected, which makes the purchase seem even more peculiar.

2K’s statement is as unambiguous as it gets though: ‘The merger does not change 2K’s relationship with Gearbox nor our role as the publisher for the Borderlands IP or any other projects we are currently working on with the studio.’

Embracer Group has bought a bewildering number of publishers, developers, and dormant franchises over the last few years, and this week also announced a $100 million deal to buy Apyr Media, who specialise in porting existing games (including Borderlands) to the Mac and other formats.

On top of that is a $640m deal to merge with Easybrain, the publisher of mobile puzzle games like Killer Sudoku and Nonogram.com.

Despite so much money being splashed about most gamers have probably never even heard of most of these companies, let alone the games they make, with Gearbox and Borderlands being by far the biggest acquisition since the spending spree began.

Britney Spears Is Not ‘Leaving Secret Messages’ in Instagram Posts

Horrific injuries of hit-and-run victim, 3, which killed sister and gran