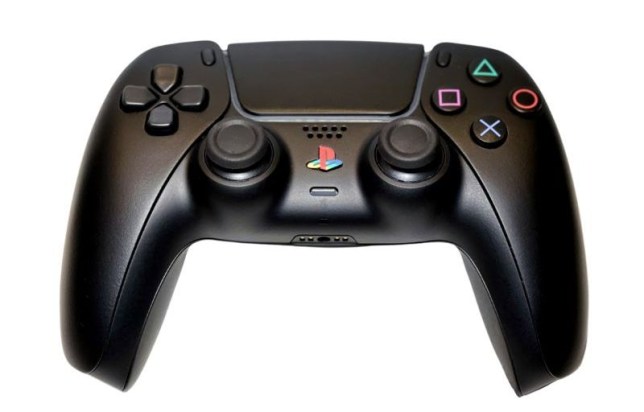 How desperate are you for a black controller? (pic: CMP Shells)

Unofficial versions of the PS5 DualSense controller and the console’s faceplates are already available, and they’re selling out quick.

If you’re not Nintendo, then there’s really only two colour choices for a console: black or white. And whichever one Microsoft or Sony choose to go with the opposite instantly becomes more desirable, as a rare alternative.

The PlayStation 5 is the first of Sony’s consoles to be white by default and so almost before it was released third party companies have been offering unofficial black versions.

The ones from American company SUP3R5 ended in disaster, to put things mildly, and Sony has already forced PlateStation to change their name to CustomizeMyPlates.com and then simply to CMP Shells, but that doesn’t seem to have discouraged them.

They’re not the only company offering similar products though, with the website for Darkplates reporting they’re sold out of console faceplates until at least May – and they only went live this morning.

The motto of manufacturer Dbrand is ‘Go ahead, sue us.’ Which seems like something they might regret later, but when they do get the faceplates back in stock they’re around the same price as CMP Shells. 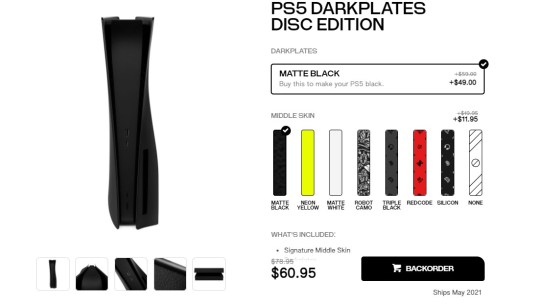 At least the faceplates aren’t that expensive (pic: Dbrand)

They’re almost twice the price of a standard white DualSense, with the one with a retro logo costing $115 (£83) and the one with classic PlayStation face buttons costing $125 (£91).

Why you’d want to pay so much for unofficial controllers, given Sony are bound to make a black console and accessories sooner or later, we don’t know but a much cheaper alternative is Decor Evolve who are offering DualSense covers for $9.99 (£7) each.

CMP Shells also make their own controller covers but don’t seem to be the selling them separately, only as a bundle with the console ones for $69.99 (£51).