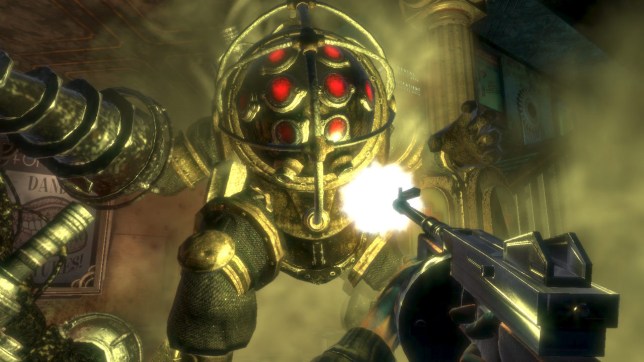 Would you have been fine with a PG rated BioShock? (Pic: 2K Games via Steam)

Director Gore Verbinski has explained why his BioShock movie was cancelled before it even started shooting.

Film adaptations of video games getting cancelled is nothing new. There are plenty of them that have been in production hell for years and may very well never see the light of day (e.g., the Shadow Of The Colossus one).

Sometimes though these projects are outright cancelled, such as the adaptation of 2007’s BioShock. But director Gore Verbinski has provided some rare insight into exactly why this movie did a Rapture and sank into the abyss.

Verbinski, whose previous work includes the first three Pirates Of The Caribbean movies and Rango, spoke with Collider about his history with the project and revealed that a major contributing factor to its cancellation was his insistence that it be R rated.

An R (for restricted) is the second highest age rating a film can receive in the US, meaning anyone under the age of 17 must be accompanied by an adult in order to watch it in the cinema. That puts it somewhere between a 15 and 18 rating in the UK, as mainstream movie companies always make sure to avoid an adults only NC-17 certificate in the US.

Considering the original game was given a Mature rating in America (suitable only for ages 17 and above) and an 18 here in the UK for containing gore, drug references, intense violence, and sexual themes, it makes sense for the movie adaptation to match the tone.

However, Verbinski believes that this is what put off Universal Studios from going through with it, ‘My first meeting at Universal on BioShock was sitting in a room and saying, ‘Hey guys, this is a $200 million R rated movie.’ And it was silent.

‘I remember my agent going, ‘Why did you say that?’ I’m like because it is. Why just even trying to kill a movie you haven’t even started? That’s before getting a scripted before anything. I’m just I just want to be clear. And I think everybody at the studio was well, yeah, okay, maybe. Wow, no. It’s big, we know [sic].’ 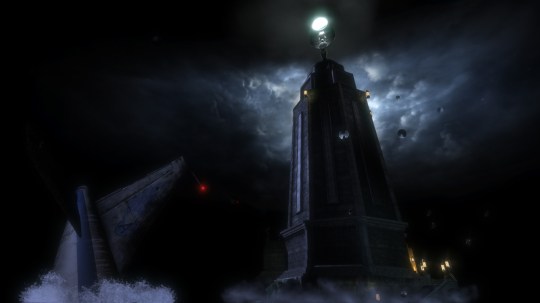 You can check out the first game nowadays via BioShock: The Collection (Pic: 2K Games)

Verbinski suggests that the studio wasn’t willing to spend that much money on an R rated movie and that it wasn’t upfront about it until right before shooting was about to start.

‘So, when the movie was shut down, it was literally the conversation that I had. The brutally honest conversation I had saying, don’t buy the rights, I just want you to be clear. This is a 200-million, R-rated [movie]. We were now about to start shooting a $200 million R-rated movie and they chickened out.

A PG-13 rating would’ve made the movie more accessible to a wider audience by lowering the age cap to 13 and, thus, stand a better chance at making more money, but that would’ve required a lot of what fans recognise from the game to be toned down, risking making it BioShock in name only.

Whether the project will ever be revived is another story entirely. After years of these adaptations being infamous for ranging from average to awful, they’ve started to become a lot more successful and well-received as of late.

Both Detective Pikachu and Sonic The Hedgehog were big hits at the box office and the upcoming Mortal Kombat reboot is not only looking strong but aims to be as gory as the games it’s based on. If it’s a success, maybe some executive somewhere will reconsider and give a mature BioShock movie the greenlight.