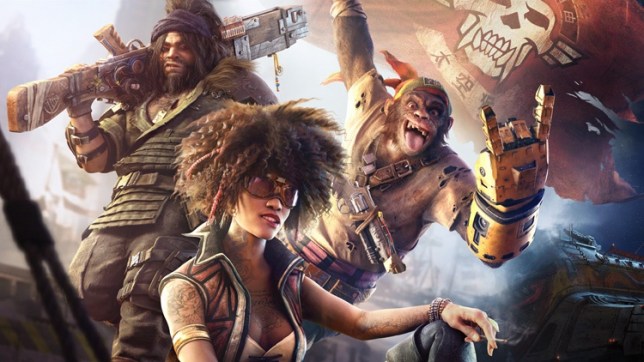 Raise your hand if you think the game will appear during the September Ubisoft Forward (pic: Ubisoft)

Although it’s been described as directionless, it doesn’t sound like Beyond Good & Evil 2 is getting cancelled as was once feared.

Ever since its reveal trailer in 2017, Ubisoft has spoken less and less about Beyond Good & Evil 2, to the point where we wouldn’t blame you for forgetting it’s even a thing.

Late last year, there were rumblings that its own developers thought it was only a matter of time until Ubisoft cancelled it entirely. That doesn’t seem to be the case but, if the latest reports are to be believed, the game is still suffering an internal crisis.

Sources familiar with its development don’t paint the most glamorous of pictures, saying it feels ‘years away’ from ever coming out and also directionless.

One source straight up admitted they had no idea what they were doing as they were playing it.

The lack of direction makes sense considering the previous director, Michel Ancel, unexpectedly quit the game (and the industry altogether) in 2020, and Ubisoft never confirmed who his replacement was.

At the time, Ancel assured fans that development was still going ‘super well,’ and that the development team had been working autonomously for a few months, with little input by Ancel himself.

eXputer writer and noted insider Tom Henderson believes that the game has seen a complete overhaul since the last gameplay trailer shown in 2018 (which we’ve embedded below).

This is because, last month, eXputer received images and videos of external playtests by two unnamed sources.

At the sources’ request, it hasn’t shared any of them, but it says that the game currently looks even less finished compared to the footage from 2018.

One new detail it could share was that, with you playing as your own custom character, you’re not limited to just playing as a boring human. The report specifically highlights two characters that resemble a shark and a panda.

On the one hand, this shows Ubisoft has no plans to scrap the game, but the fact that it needs a new lead writer five years after its announcement only feels like more evidence that development isn’t going as well as Ancel claimed in 2020.

Ubisoft will be holding another of its Ubisoft Forward showcases next month, but there’s no guarantee that Beyond Good & Evil 2 will be featured.

A Review Of Casino